The officer found me sitting on the ground
Shortly after I had been firmly knocked down.
“Are you okay,” she asked, “should I make a call,
To get you to a hospital?”
“No, I’ll be all right,” I said, in words that were halted
You see I had just been cruelly assaulted.


The police officer saw the bruise on my head
“You’ve got a gash,” she winced, “and it looks very red.”
She was visibly upset, so I said “thank you,”
I appreciated such concern, as a world-wary Jew.

She said, “Tell me what happened, for the police report
We will need all the details if this goes to court.”
The officer was young, I saw distress in her eyes
I thought this was an opportunity for me to apprise.

Yeah, I’ll tell you what happened, sadly it’s not bizarre
The attack started when the thugs saw my Jewish star
But if you really want to know what happened – how I got this cut?
It goes back very far, it’s unfortunate.

You see, ancient peoples were very much taken
To destroy my ancestors of the Hebrew nation
The First Temple in Jerusalem, in its time was renown
But the Babylonians came, and they burned it down.

The Jews built another one, such resilient people
But the Romans destroyed it, the Second Temple
The Romans struck again, at the fortress of Betar
Slaughtered a hundred thousand Jews in this latest massacre.

The Spanish Inquisition followed, the dreaded torture racks
Were used on the Jews, to break their backs
But many of the Jews never even got that bad break
Instead they were ruthlessly burned at the stake.

All through the centuries Jews were condemned
Their presence alone would invite mayhem
Kings and queens wanted to banish Jews from their lands
And so the Jews had to flee their beloved homelands.

Then that monster Fuehrer took over Germany
He was the incarnation of evil, that vile Nazi
Devised a Final Solution, a Holocaust
Six million Jews were tragically lost.

Shot them, gassed them, our poor Jewish kin
Beat them, starved them, till they were living skeletons
Stabbed them, murdered them in barbaric ways
Little children too, it was the Nazi way.

Kristallnacht, Babi Yar, uprisings they subdued
You see all they wanted was just to kill Jews
Auschwitz, Buchenwald, Dachau, concentration camps to name just three
Where they showered the Jews with Zyklon-B.

With much sadness I’ve summoned the strength to rue
Some of the atrocities the Jews have been through
But the Jews have survived in extraordinary ways
Making it possible for us to flourish today.

My Jewish star was battered, indeed it was a wreck
But I picked it up anyway and put it around my neck
To know that hatred mangled it was surely very painful
But just the same to me it is still very beautiful.

This attack on me was rooted in the past
It happens every day, and it won’t be the last
They knocked me to the ground, and snatched my Jewish star
Banged it, bent it, and stomped on it very hard
The punches that pounded me on this avenue
Came from anti-Semitism that started very long ago.

But they can strike me, beat me
As much as they can try
It really won’t make a difference
And I will tell you why.

I am a Jew, it is what I am
It’s who I’ve always been, I’m sure you can understand
If it’s a problem for others then it’s my revolution
Because being Jewish is in my constitution.

It runs in my veins, it’s lodged in my cells
It’s embedded in my fiber, it’s what makes me excel
It’s the essence of my logic, the pith of my will
The core of my emotions, my pride and goodwill.

It’s the beat of my heart, the oxygen I breathe,
The fire of my soul, everything I need
It’s my joy of joys, all my feelings that be
It’s in every step that I take, it’s what makes me, me.

I rolled up my sleeve because I was feeling warm
When the officer’s attention was drawn to my arm
She said, “Sir, your arm looks very black and blue.”
“Oh, no,” I said, “that’s just an old tattoo.
Got it at Auschwitz when I was just a kid
My family never made it out, I was the only one that did.”

Tears were now rolling down the officer’s face
Then she smiled faintly and gave me a warm embrace
She said, “In my official report of the crime today
This is what I am going to say:

“It’s hard to believe that there still exists
Hatred, oppression and prejudice
After thousands of years there needs to be an end
Of this terrible thing called anti-Semitism

“It’s time for the world to stop these attacks
By coming together and staunchly fighting back
The victim’s okay, because the victim is tough
But this can’t go on, enough is enough”

And then the officer turned to me with a beam in her eyes
I knew she was ready to say good-bye
She said, “Thank you, you’re brave, you’re brave, yes you are
And you will always be my Jewish star.” 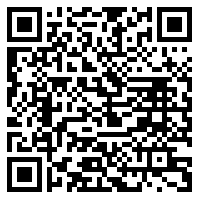