Three days before it made its new substantial equivalency guidelines public, the New York State Education Department held a briefing for reporters regarding the new rules, which will go into effect on September 28th, if adopted by the Board of Regents at a September 12th meeting.

The substantial equivalence requirement has been on the books since 1895, and NYSED drew considerable heat for its recent enforcement efforts. Its earliest attempt came in late 2018 and was overturned by a court on procedural grounds, while the next garnered 140,000 comments, making clear the need for a more thoughtful approach that acknowledged parents’ constitutionally guaranteed right to provide their children with a religious education.

If the new regulations are adopted, they will require nonpublic schools to provide instruction to students ages six through sixteen in math, science, English language arts and social studies. All classes are to be given exclusively in English by a competent teacher, with remedial instruction provided as needed for students to become proficient in English. While NYSED didn’t mandate an official number of hours for each of those subjects, schools would have their substantial equivalency monitored by an outside agency – the Board of Education’s chancellor for those located in New York City and local board of education elsewhere in the state. Schools would also have the option of being deemed substantial equivalent through other state-approved entities, described by NYSED as “pathways.” Finally, any nonpublic high school within the state that is registered with the Board of Regents is automatically considered to be providing a substantially equivalent education, a designation that would extend to elementary schools that are part of the same institution.

Several other subjects would also be mandatory under state law, but NYSED Assistant Commissioner Christina Coughlin said that the required grade level for those areas of study was unclear at this time. Those subjects include patriotism, citizenship, history, the significance and effect of the Declarations of Independence, the United States and the New York State constitutions and their amendments, New York State history, civics, physical education and health education regarding alcohol, drugs, tobacco abuse, highway safety, traffic regulation, fire drill, fire, arson and injury prevention, hands-only CPR and use of an automated external defibrillator.

NYSED emphasized that it had spent considerable time engaged with the nonpublic school community, local school districts and others as it developed the regulations, mentioning specifically that in addition to Zoom meetings, it held conversations with those who don’t use the internet. NYSED staff reportedly spent 2,000 hours reviewing each of the approximately 350,000 comments on the regulations, most of which “expressed philosophical opposition to state regulation of nonpublic schools.” NYSED counsel Daniel Morton-Bentley noted that while those objections were duly noted, the state education department is legally required to promulgate regulations that implement the substantial equivalency requirements.

NYSED was quick to note that it fully understood the importance of respecting religious schools’ viewpoints and that it was careful to develop the new regulations in a way that did not single out any specific group and did not affect religious instruction in any way, only mandating courses that are required by state statute.

The substantial equivalency requirements will be phased in over the next two years and even once they are fully in place by the end of the 2024-2025 school year, there could be some extra time allowed for schools to come to compliance.   NYSED will work with any school over the two year rollout period, but Morton-Bentley noted that “if at the end of that process, the local school authority determines it’s not offering substantial equivalent instruction, the approach of the regulations is that this is not a school, that it will not receive funding.”

The responsibility of ensuring that children receive a substantially equivalent education falls not only on schools, but also on parents. While Morton-Bennet did not specifically spell out any potential consequence for those who fail to comply, he was clear that the obligation was a legal one for all state residents.

“The compulsory education law has a requirement directed towards parents to say that you are no longer attending a substantially equivalent school,” said Morton-Bennet adding, “We do not favor that – it is our intent for these regulations to instead promote a collaborative process.” 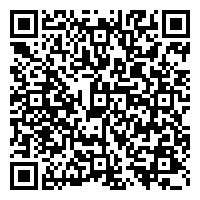