“Meir Panim means lighting up faces,” explains assistant director Goldie Sternbuch. “We do it all year around, but especially at Purim.”

Anyone who has walked from Jerusalem’s Central Bus Station to Yirmiyahu Street has passed the unobtrusive storefront that opens into a free restaurant. Inside, dozens of hungry Jerusalemites – Muslims, Christians, Jews, elderly immigrants and foreign workers – are served a nutritious lunch with a smile by volunteer waiters.


The restaurants operate in six other cities around Israel providing what Sternbuch calls “a dignified approach to feeding the poor.” But needs are burgeoning and while food is an urgent issue, it is only one component of a holistic approach to help get people “back in the mainstream.”

As soon as the final chunk of money is raised, Meir Panim will launch its most ambitious project to date – a $12 million Israel Nutrition Center located in the southern town of Kiryat Gat and named for U.S. philanthropist Mortimer Zuckerman and his daughter Abigail.

The facility will be the largest food distribution center in the Middle East, set to serve 30,000 meals every day to disadvantaged school kids and the free restaurants and meals on wheels programs around the country.

The ‘Absolute Morality’ of Liberal Orthodoxy 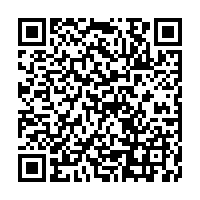