“We live here in the budding Kever Rachel neighborhood under the threat of a military closure order. The tension is always just under the surface. But we are confident that Rachel Imeinu’s great vision of her children returning to their borders will be fulfilled.”

So says Rav Eliyahu Alkaslasi, head of Yeshivat Bnei Rachel in the Kever Rachel compound, which forms the nucleus of a new Jewish neighborhood in Beit Lechem. He adds that words can barely describe the poignancy of life in the ancient biblical city:


“Can you imagine what it’s like to read Megillat Rut on Shavuot in Beit Lechem where the story of Boaz, Ruth, and Naomi occurred?” he asks. “Or to read at the gravesite at Rachel the Rosh Hashanah haftarah’s words of consolation to Rachel, ‘Hold back your crying; your sons will be returning to their borders’?

Every Shabbat, arguably for the first time since the days of Bar Kochba, prayers are sung aloud in Beit Lechem, including the words of Lecha Dodi: “al yad ben Yishai, Beit Halachmi – By [David], son of Jesse, the Bethlehemite.”

The driving force of the Jewish presence at Kever Rachel – eight families, 45 yeshiva students, and 25 kollel scholars – is Yeshiva Bnei Rachel. This young institution has succeeded, against all odds, in establishing itself as a viable, thriving school of Jewish learning and center of Jewish life.

And yet, certain elements in the IDF have threatened to put an end to it. Closure orders against the Jewish presence were issued last month and can be executed at any moment without advance notice. Ohad Bart, executive director of the yishuv and yeshiva, fears that some high-ranking military officer with a political agenda, hiding behind security concerns, could decide to expel Beit Lechem’s families or raze their buildings.

“It has happened before,” he says, “and it is imperative that we get the order canceled. This requires a wide-ranging legal and public campaign. It’s costly but absolutely necessary to ensure the preservation of the heroic permanent Jewish presence at Kever Rachel.”

For 18 centuries, until 1967, Beit Lechem and Kever Rachel largely rested in alien hands. Certainly worshipers could stop to pray at Kever Rachel on the way to Chevron, but there was no permanent Jewish presence in the area, and no one dreamed of one.

Then came the miraculous Six-Day War – and Kever Rachel was liberated. It happened almost incidentally, when IDF forces that liberated areas in southern Jerusalem kept on going south towards Chevron. Along the way, they passed Kever Rachel and realized that it was now in Jewish hands again for the first time since the revolt of Bar Kochba.

It was a dramatic and thrilling moment, but very brief. As one of the troops later said: “The joy was incredible, but we had no time to spend there since there was a war going on…. We just went in, hugged each other, prayed a bit – and then we had to go.”

Since then, Kever Rachel has become a popular spot for Jews who wish to reconnect with their past and pray for themselves and their nation in Rachel’s merit. But no real attempt to settle the area was made until about 16 years ago when, due to pioneering efforts of a small number of idealistic Jews from Israel and the U.S., a large property right next to Kever Rachel was acquired. Left-wing politicians and military officers tried to impede the settlement of the property, but the idealists persevered.

Kever Rachel had nearly been lost to the Jewish people in 1993 when the Oslo Agreements were being drawn up. At a very late stage in the negotiations, it became clear that Kever Rachel was being left out of Israel’s territory. Rabbi Chanan Porat ran to meet with then-Prime Minister Yitzchak Rabin and was joined by longtime Agudat Yisrael leader MK Rabbi Menachem Porush. The two pleaded for the holy site to remain Jewish.

Rabin appeared cold to the idea of making any last-minute changes until Rabbi Porush, with tears streaming down his face and onto Rabin’s jacket, cried out, “Yitzchak, Yitzchak! Do you want to abandon Mama Rachel?! Is she to remain forever outside the walls?!”

The visibly moved Rabin picked up the phone and called his representative, Foreign Minister Shimon Peres, and said, “Tell Arafat that Kever Rachel is out of the agreement, and will remain ours!” And so it was.

Yeshivat Bnei Rachel was founded less than a decade ago, in 2010 by Rabbis Benny Elon and Chanan Porat. In doing so, they fulfilled the desire of none other than Rav Avraham Yitzchak Kook who wrote to someone who purchased a plot of land opposite Kever Rachel, “How important it is to establish institutions of holiness worthy of the site there [with, for example], righteous Torah scholars engaged in Torah and prayer. There must also be a community of Jews there engaged in planting and sowing and reviving the Land.”

With the Bnei Rachel Jewish community and yeshiva, Rav Kook’s wish has come true. “We have returned home,” Rav Alkaslasi says, “with the voice of Torah and the voices of Jewish children playing in Beit Lechem.”

To help the community’s campaign to cancel the government’s closure order, strengthen the Jewish foothold in Beit Lechem, and/or schedule a simcha in the Bnei Rachel yeshiva, e-mail Abbotzvi@gmail.com or call 972-52-811-9963. Donations can be made through www.jgive.com/new/he/ils/donation-targets/17658. 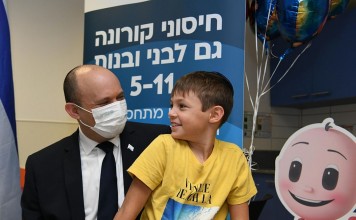 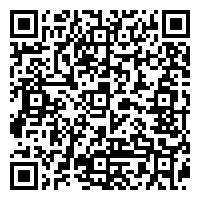