As of last June, Yad Vashem has recognized about 26,500 people as Righteous Among the Nations. Poland has the most honorees with 6,700, Holland is second with 5,600 and France is third with 4,000. Lithuania ranks sixth, with fewer than 900 heroes.

In June 1941, when Hitler launched his surprise attack on the Soviet Union, the Baltic countries of Lithuania, Latvia and Estonia were occupied within a few weeks. As documented by eyewitnesses, photographs and Nazi records, the majority of Lithuanians happily welcomed the Germans as their liberators. Lithuanian right-wing paramilitary groups began murdering their Jewish neighbors even before German rule was definitively established. During the three years of German occupation, around 200,000 Jews, 95 percent of Lithuania’s Jewish population, were annihilated, more than in any other European country. Lithuania was the exact opposite of Denmark where massive local resistance to the Nazis saved the lives of almost all the Danish Jews. In Lithuania, local collaboration resulted in the tragic annihilation of a flourishing Jewish community that was six centuries old.


The murder of the Jews of Kovno (Kaunas), Lithuania’s second largest city, began shortly after the German occupation. The ghetto was established in August 1941 and the massacres of Jews continued throughout its existence. The Ninth Fort, near Kovno, became the execution site of tens of thousands of Jews from Germany and other countries. Most Lithuanian Jews were shot near their hometowns. According to Lithuanian historian Alfonas Eidintas, the majority of them had been killed, not by Germans but by their Lithuanian neighbors. A veteran Jewish partisan, Joseph Melamed, witnessed the vigilante killing squads in the streets of Kovno when the Red Army withdrew after the Nazi attack. “The Germans were not there; the Lithuanians did it themselves,” Melamed stated. “I saw them carrying off Jews as Lithuanians stood on the sidewalks giving them ovations, shouting ‘Bravo! Bravo!’”

In light of the overwhelming destruction of Lithuania’s Jewish population, it is heartening to learn about the few heroes of that terrible era who defied the odds and local anti-Semites to save Jewish lives. The best known is a Lithuanian woman named Onna Shumaite, a librarian at Vilna University. After the Nazi invasion and the creation of the Vilna Ghetto in 1941, she would enter the ghetto pretending to collect library books from Jewish university students. During the next three years, she smuggled in food and small weapons and took out literary and historical documents. She also served as a letter carrier for the Jews in the ghetto, providing them with a link to the outside world. In addition, she found forgers who made documents for Jews, offered her home as a temporary refuge and smuggled Jewish children out of the ghetto to Lithuanian families who agreed to hide them. In April 1944, the Gestapo arrested and tortured Shumaite. After the rector of Vilna University paid a bribe, she was spared from execution, deported to the Dachau concentration camp and later transferred to an internment camp in France. Following liberation by the Allies, Onna remained in France, resuming her career as a librarian. She spent three years in Israel from 1953 to 1956. In March 1966, Yad Vashem named her as Righteous Among the Nations and planted a tree in her honor. She died near Paris in 1970. The first Righteous person to be honored by her native country, a street in Vilna was named after her in 2015.

A brave Lithuanian monk named Bronius Gotautas also risked his life to help Jews, feeling ashamed of the crimes committed by his anti-Semitic countrymen. He wanted to inform the world that there also were courageous, honorable Lithuanians.

In addition to these educated people, there were also simple farmers such as the Rakevicius and Mozuraitis families who saved Jews from the Kovno ghetto. At different periods of time Jaroslavas Rakevicius and his family provided shelter for twenty Jewish families who had managed to escape from the ghetto. Some had been smuggled out by Jaroslavas and his sons who escorted the Jews through the forests to his home in the village of Keidziai sixty miles from Kovno. When staying there became too dangerous for the Jewish refugees, the Rakevicius family asked some of their neighbors to shelter them. Since this rescue operation was extremely hazardous, they turned their home into a semi-fortress, with three shelters, escape routes and observation points on the roof. With great ingenuity and the aid of their courageous neighbors, the Rakevicius family managed to safely hide the Jews until the Red Army liberated the area.

A Jewish woman named Leah Brik and her eight-year-old son Aharon were among the people sheltered by Rakevicius. Having survived several executions, including the children’s Aktion of March 1944, when 2,000 children and elderly Jews were forcibly removed from their homes and killed while the adults were at work, they had run away from the Kovno ghetto and found shelter with the Rakevicius family. After a frightening search of his house in August 1944, when an incriminating siddur had been found on the premises, Rakevicius realized he needed to find safer accommodation for the Jews. He approached his friends, Jonas and Ona Mozuraitis, a poor farming family living in a nearby village with their four children, Mefodija, Alfonsas, Zuzana and Zenonas. The Mozuraitis family took pity on Leah Brik and her young son and, despite the danger, agreed to shelter them in their home. They prepared two underground bunkers, one inside the house and another in the yard. The hideouts were used when visitors came by or when searches took place in the village. Leah and her son stayed with the Mozuraitis family for two months until the Red Army liberated the village. After liberation, Leah and Aharon Brik returned to Kovno where they were joyfully reunited with husband and father Zvi Brik who had also miraculously survived. In 1947, the family immigrated to Israel, where they changed their family name to Barak. When he grew up, Aharon Barak became a professor of law, served as Israel’s Attorney General from 1975 to 1978, was appointed Justice of the Supreme Court in 1978, and served as Israeli Chief Justice from 1995 until his retirement eleven years later.

The surviving five per cent of Lithuanian Jewry owe their lives to the small number of heroic people who saved them.

When the war ended, the Jewish community of Lithuania was only a tiny fragment of its former self under the repressive control of Communist Russia. Jewish Vilna, home of the Gaon, the “Jerusalem of Lithuania,” no longer existed. Eventually, in the 1980s, commemoration of Lithuania’s Jewish heritage and remembrance of its Holocaust victims began to be promoted as Lithuania prepared to free itself from the Soviet Union. A Jewish day school was opened and many Jewish organizations were founded at that time. In February 1991, Lithuania declared its independence. Prime Minister Adolfas Slezevius and President Algirdas Brazauskas made state visits to Israel in the mid-1990s. There, before the Knesset, they acknowledged the crimes committed by Lithuanians during the Second World War and asked the surviving Jews and descendants of the victims for forgiveness.

Yad Vashem has recognized the members of the Mozuraitis and Rakevicius families as Righteous Among the Nations. 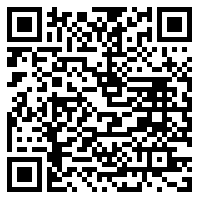