Eighty-one years ago this week, delegates from 32 countries gathered at Évian-les-Bains, France, to discuss the plight of the many Jewish refugees fleeing Nazi Germany. Expressions of sympathy poured in from the diplomats – coupled with unwillingness to absorb any migrants.

The motive behind this generous offer is unclear. Skeptics claim Trujillo was trying repair his image after the massacre of 20,000 Haitians in October 1937 for which he bore responsibility. Another theory is that Trujillo (who disliked dark skin) wished to “whiten” his population and needed Europeans for this purpose.

In any event, in the wake of this offer, an organization called DORSA – Dominican Republic Settlement Association – was formed by the American Joint Distribution Committee (JDC) and the American Joint Agricultural Corporation (known as AGROJOINT).

Trujillo suggested to DORSA that Jews settle on an abandoned 26,000-acre banana plantation he owned in Sosua, a town on the Dominican Republic’s northern coast.

“(I had another brother who had a neurological condition who remained in Germany in a sanitarium. One day my family got a message from the Nazis saying that my brother had died from a ‘heart attack’ although we now know that they killed him.)

“We took a train to France where we were searched by the Nazis. Our yellow stars needed to be handed in to conceal evidence of the Jewish plight from the outside world.

“Then we continued to Spain and Portugal where we waited three weeks for a boat. Each family member was only permitted to take out 10 marks, which we used for food and lodgings. We arrived in Santo Domingo, the capital of the Dominican Republic, on December 7, 1941 – the day of Pearl Harbor.”

On January 30, 1940, Trujillo signed a contract transferring the land he had promised to DORSA. He also guaranteed future Jewish settlers freedom to practice their religion on the understanding that they would work in agriculture.

Upon arrival each family would be provided with 80 acres of land, 10 cows, a mule, a horse, and farming equipment by DORSA.

“My mother’s brother, Bruno Kirstein, met us upon arrival and drove us to his house in Sosua….

“Shortly after, my family moved into a house on nine acres of land that we received from DORSA. We also received nine cows, some food, and money. Our laundry was also done by DORSA.

“I continued my studies after we arrived. Spanish was the only language spoken in school. It took me a year to become fluent.”

Despite all the preparations and agreements, only 50 Jews arrived in Sosua in 1940. Reasons for the small number include: bureaucratic difficulties in obtaining exit visas and transit visas, submarine warfare in the Atlantic, blocked escape routes, and lack of transport ships.

Immigrants to the Dominican Republic needed transit visas from the U.S., but the U.S. State Department feared that some Jewish immigrants may be German spies – either out of conviction or to protect family members being held hostage by the Nazis. (In 1941, the Times Herald, a Washington newspaper, claimed many Nazi spies were in Sosua.)

The threat was greatly exaggerated, but it led the State Department to be extremely stingy with providing transit visas to the Dominican Republic. By November 1940, the U.S. State Department excluded Jews from Nazi-occupied territories entirely.

The State Department also believed many Jews would use Sosua as a stepping stone to immigrate to the U.S.. It therefore insisted that DORSA prepare a document to be signed by refugees stating that they intended to remain permanently in Sosua.

DORSA preferred selecting single, young male immigrants for settlement in Sosua as it feared that older and more intellectual Jews wouldn’t succeed in agriculture. As it is, the colony nearly collapsed due to the poor quality of the land, inadequate drainage, and the hot tropical weather.

Additionally, the settlers chose the tomato as its first crop to cultivate and sell commercially – a vegetable that did not appeal to the local population.

“My father could not milk the cows, so he sold them and bought some chickens which he raised and sold their eggs.”

To help the struggling refugees, James N. Rosenberg, the head of DORSA, recruited experts in farming from kibbutzim in Palestine who assisted the refugees. They built a meat processing plant and a butter and cheese factory. They also planted lemongrass, which was used commercially in perfume.

In October 1941, the Nazis halted all immigration from Europe. The last refugee boat arrived in Sosua (which by now had 500 immigrants) on December 8, 1941 – a day after the attack on Pearl Harbor.

Shortly after, the Dominican Republic grew worried that some of the Jewish refugees from Austria and Germany were sympathetic with the Third Reich and confiscated items like shortwave radios and cameras. In 1943, the Dominican Republic decreed that all correspondence to foreign countries be written in Spanish, French, English, or Portuguese.

By 1944, DORSA had poured approximately $1 million into the Jewish settlement project. Originally it was run based on a communal system, but that was later abandoned and the colony eventually prospered.

“I always wanted to be a nurse but at age 14, I was too young. At 15,I enrolled in a nursing program with six other candidates. On Sundays, Dr. Herbert Kohn – who fled from Austria to the Dominican Republic in 1938 – would go out to the forest and take me to help him capture and spray mosquitoes for mosquito control because there was malaria.

“For three years I got training from this nice doctor, who was also my chemistry teacher. One day, Dr. Kohn rode up to our house on horseback to take a photo of my mother. When he saw me, he said to himself, ‘That is the woman I am going to marry.’

“I achieved my dream of becoming a nurse and worked in the Sosua hospital with my husband. We treated the Dominicans as well as the Jewish refugees. At one point, the administrator told my husband, ‘We have to start charging the Dominicans for medical services.’ My husband said, ‘No. These people saved our lives. I will not charge them anything.’

“After that conversation, my husband lost his job. A year later, though, he was re-hired and the administrator agreed to treat the Dominicans without charge. We lived in the Dominican Republic for 10 years. I wanted to give my children a good education, so my husband and I decided to move to the U.S.”

After the war, most Jews left the Dominican Republic for the United Sates and Israel.

Approximately 5,000 Dominican visas were issued between 1940-1945, but only 645 Jews ultimately managed to escape to the country. 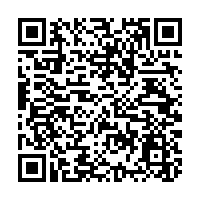