Intensity filled the air as the players jogged onto the court. With the blow of the referee’s whistle, the game began, and the spectators were immediately on their feet.

This wasn’t the NBA finals, but my son’s junior varsity basketball game. They were playing against their biggest rival. Both teams were undefeated, and this game would determine who would take first place in the league.


Watching the boys play, I was quite impressed with their agility, passion and skill. Our son’s team was up by twenty points and it seemed like the game was over.

All of a sudden, there was a shift in the game. The opponent’s numbers on the scoreboard began creeping up, while ours were at a standstill. Eventually, the two teams were neck and neck. With only two minutes left in the game, every turnover caused an uproar in the audience. Both coaches were hoarse because what they couldn’t do with physical participation, they made up for with shouting. The audience counted down the seconds and the buzzer went off. Game over. The “other” team won.

I remember my own time playing high school basketball and how appalled I was when the opponents’ parents and grandparents would boo us loudly when we were shooting at the foul line.

While for many parents, yelling and cheering from the sidelines is enough, there are also plenty of parents, grandparents, and coaches who would love to be on the court and playing themselves. My husband even mentioned his own remorse over the inability to be back in the game. Of course at the end of the day, parents are stuck on the sideline, their days of playing long gone. We had our opportunity on the court and the chance to make our mark, but that time has passed.

That feeling of remorse and yearning may be similar to what the neshama experiences in Olam Haba. Our neshama would give anything to be back on Earth to perform just one more mitzvah, but it has no body with which to do so (Midrash Tanchuma/Pikudei, Chapter 3, and Rav Soloveitchik’s Halachic Man).

Gihenom and Olam Haba are said to be one and the same (Gemara Sukkah 27b). The pain of missed opportunity and the joy of having utilized our bodies for good will bring the neshama unfathomable sadness or unparalleled happiness, respectively, depending on what we do with our time here.

For better or worse, Hashem has designated this world as the exclusive place where we can create greatness. It is our court to play on, and we are given only one lifetime to make the most of it.

The neshamah is the handicapped man – it can see the ultimate truth and has long term vision. The blind man is the body – devoid of sight but able to move around as it pleases. Neshama and body must work together in order to achieve purpose in this life.

So often though, there is a disconnect between the blind man and the handicapped man, our body moving through life without direction and our neshama yearning to lead us in the ways of Hashem. How can we access what our neshama is trying to tell us and allow it to guide us?

Inspiration comes from the movie A Star Is Born, during a scene in which a musician, whose career is on the decline, gives the following advice to his wife, who is a rising star:

“I gotta tell you this or I’ll never forgive myself. Your songs have a message and the amount of time people are going to listen is short lived. You have one shot to tell the world what you want to say, so when you get up there you have to reach deep inside yourself or you won’t have legs to stand on.”

Our neshama is yearning to lead us in the right direction. The only way to wake up our body is by reaching deep inside and accessing our godliness. If we can reach into our soul and tap into the eternal neshama, the body will have no choice but to do its holy bidding.

I remember seeing “Our Town” performed on stage at a local theater. The entire play is done without props or scenery, so a family meal is acted out with actors squatting in midair, pretending to sit and eat imaginary food.

After Emily, the heroine, passes away at a young age, she begs for just one more day on Earth. Her wish is granted, and she is given one day to return to life. The scene in which Emily comes back to Earth is done with a complete set of props and scenery; during the breakfast scene, the audience could even smell the eggs cooking on the stove top. With her one day back on Earth, Emily’s body and soul finally became in sync, and her whole world suddenly came alive.

We spend so much of our lives walking around like that empty theater stage, blind to the scents, sights and beauty in our world. It’s only when our time is up that we realize how many blessings we have been afforded; but it’s too late to go back and appreciate what we had.

Each morning when we awake, the world is at our fingertips. Our soul is desperately trying to make the most of our time here, guiding our bodies in the right direction, telling it to take hold of the opportunity for greatness while we still can. It is our job to dig deep, listen to that voice, and make sure we don’t miss our one shot here on Earth. 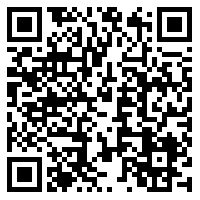