The blast of the shofar carries loudly and clearly over long distances. Because of that, it was often blown in biblical times as a means of communication – to announce times of danger or the onset of peace. Today the shofar is sounded in connection with the Jewish holidays of Rosh Hashanah and Yom Kippur. In fact, the only specific biblical commandment for the upcoming Rosh Hashanah holiday (in these times) is the sounding of the shofar.

What is not as well known is that the horns of rams, cows, sheep and goats served for many centuries as drinking vessels. Known in Greek as rhyton and in the Georgian Republic as khantsi, drinking horns first came into use with the Vikings. Later, however, made from the horns of bisons, gazelles, sheep, goats, antelopes and domestic cattle, they were adopted throughout Europe. By the Middle Ages, they had become one of the most prized drinking vessels, sometimes set with precious stones and trimmed with silver. Jewish communities were not averse to their use and today, a fine collection of quite ornate drinking horns may be seen at the wine museum on the premises of Chateau Mouton Rothschild in Bordeaux.


Drinking from such horns may have a romantic ring to it, but in fact these are not the ideal wine vessels, as each horn requires its own stand to keep it from falling over. Quite often, because of their size and uneven shape, it causes a good deal of wine to drip from the lip to the chin – and then to stain our clothing. As always, the best drinking vessels for fine wine will be made from thin crystal, keeping in mind that the higher the quality of the crystal, the more we will appreciate the aromas and flavors of the wines we are enjoying.

The following are recommendations for kosher wines from France, Israel and California that will be appropriate not only for Rosh Hashanah but for any celebratory meal. All are available from wine shops carrying kosher wines, as well as kosher wine Internet sales points throughout the U.S. Each of the wines will go well with meals based on large or small cuts of beef or lamb. They will also make fine accompaniments to other meals when served with a platter of mixed cheeses.

Yarden, Cabernet Sauvignon, Israel, 2006: Full-bodied, with gently mouth-coating tannins, sweet cedar wood and notes of tobacco integrating nicely. On the nose and palate wild berries, purple plums and currants on a background of spicy oak, all touched with hints of spices, coffee and light mineral-earthy overtones. On the long finish a hint of red cherries that brings a comfortable smile to the eyes. Drink now-2018. $21. Score: 92.

Covenant, Red C, Napa Valley, California, 2007: Riper and more fruit-forward than the Covenant. Garnet to royal purple, medium to full-bodied, with soft tannins integrating nicely to highlight blackberry and black cherry fruits those on a tantalizing spicy background. Soft and round, but with plenty to grab the attention. Drink now-2013. $40. Score: 90.

Daniel Rogov is the world’s premier kosher wine critic and the author of two annual books, Rogov’s Guide to Israeli Winesand Rogov’s Guide to Kosher Wines. He can be reached at drogov@cheerful.com.

Fine Wines On A Budget 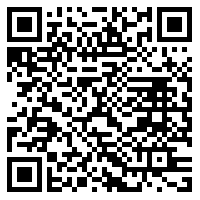