Walk into NoBo on Palisades Avenue in Teaneck and you are greeted immediately with an energetic vibe, with a funky brick facade, candle-lit tables, a cool looking bar, and an audible buzz that permeates the room. It is no wonder that NoBo has been packed both times that I have been there. It is a happening place, where the service is fabulous, and the food is out of this world.

Executive Chef Joshua Massin, one of the restaurant’s owners, is a hands-on kind of guy who works his magic in the kitchen while popping out to the dining room to chat with customers and explain the creativity and logic that went into every plate. A graduate of Rhode Island’s Johnson & Wales College of Culinary Arts, the very personable Massin came to NoBo with both a solid education and years of experience at Mike’s Bistro and The Prime Grill. Massin continues to make his mark in the kosher restaurant world with carefully choreographed dishes that are innovative, delicious, and visually appealing.

NoBo can seat around 95 people, with patio seating available when seasonably appropriate. Some of that seating is located in a curtained-off back room, making it a great choice for private parties and business meetings. With a liquor license of its own, a rarity for a kosher restaurant in Bergen County, NoBo offers an extensive wine list, as well as liquors, beer, and mixed drinks.

We were treated to a wide variety of appetizers, one more delicious than the next. The miso squash soup with tomato oil and topped with a flax seed and sesame seed togorashi was warm, inviting, and delicately flavored, pairing perfectly with the warm, freshly baked rolls that were crusty on the outside and oh-so-soft on the inside. The slow roasted lamb riblets with cherry onion glaze had a wonderful wine-y tang and were fall-off-the-bone soft. The beef tartar was incredible; hand chopped and mixed with red onion, Dijon mustard, salt, and pepper, the meat tasted fresh. Dollops of white truffle mayonnaise, grainy mustard, and a raw quail egg yolk further enhanced the flavor. Adding to the intricacy of this well constructed plate were small sprigs of sea beans, a salty, crunchy vegetable, that were almost like a miniature version of a snap pea/pickle hybrid. The addition of a crisp caraway garlic panko coating gave the beef tartar a rye bread like component, and when paired with the mustard it was almost like eating a deconstructed deli sandwich.

Next up were the 24-hour sous vide veal and beef tongue. For those of you who, like me, have no idea what sous vide means, it involves sealing food in plastic bags and then cooking it longer than usual in a water bath or a temperature controlled steam process. The resulting chunks of tongue were incredibly soft and after being dipped in special flour and seared, they were crunchy on the outside with a pâté-like consistency on the inside. Nestled on a bed of pureed kabocha squash, with apple cider-curry vinaigrette, wood sorrel, house granola, and an amazing cranberry coulis, this was a one of a kind dish that displayed Massin’s trademark craftsmanship.

While all of the appetizers we tasted were spectacular, two stood out as true culinary masterpieces. The miso glazed Japanese sea bass was everything a piece of fish should be. NoBo prides itself on serving fish flown in from Hawaii less than 36 hours after being caught and that freshness was apparent in every bite. There was no doubt that the sea bass was the star of this plate, but the supporting players, miner’s lettuce, purple potatoes all made for a truly delightful dish. A stunning jalapeno marble, a mini half-sphere that offered a quick flash of heat, was another impressive accent that really made this dish a must taste. Also impressive was the crisp veal salumi flatbread, an innovative sourdough crust pizza topped with a cauliflower puree, two kinds of veal, a caramelized onion drizzle and baby arugula that was both unique in composition and stellar in taste. The thinly sliced veal salumi was fabulous and a nice contrast to the outstandingly crisp apple-wood smoked veal “bacon,” which undergoes a two-month curing process. The crust had a wonderful crunch, particularly around the edges, and the warmth of the pizza brought out the fragrance of the arugula. This was one of those wonderfully conceived dishes where every component was delicious but when expertly combined blended together, resulted in a culinary symphony of epic proportions. 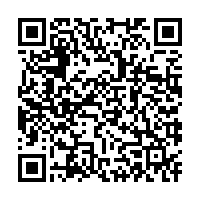