All across America, in major cities nationwide, there has been an outcry, a major clamoring, and a “waiting-on-line-around-the-block” type of fixation for cupcakes. Sprinkles in Los Angeles is charging an arm and a leg – or at least as much as you would pay for a mocha latte with extra cream – for just one of their cupcakes. At Billy’s Bakery in New York, people are braving the New York summer and lining up, disregarding the blazing sun. And even Martha Stewart recently sent her staff to search for the best cupcakes in the nation.

A couple of weeks ago, I chose to get on the cupcake bandwagon. The cupcake craze hasn’t yet been tapped into in my small suburban town, and I thought to myself, “What a great way to earn some extra money, I’ll bake cupcakes on Thursday and deliver them to my neighbors’ doors in time for Shabbat.”

As it turns out, I got so many orders that by the time Friday afternoon had come around, I hadn’t slept in 48 hours, and during that period of time, all I had consumed was two-dozen cupcakes. Other than eating into my profits, and realizing that I could only produce a limited amount of cupcakes in my home kitchen, I knew for certain that everyone I knew was “cupcake ready,” and that there were even a surprising number of cupcake addicts out there

Why the obsession? Why the near fanatical preoccupation with cupcakes? There are, of course, practical reasons as well as logistical justification. Like all trends – balloon skirts and oversized glasses included – if you study them, you will find a deep-seated human need for these fads to take place at this particular time and space.

Cupcakes – from the baker’s point of view – are a win-win situation. One regular 9-by-13-size cake batter will give you approximately 24 cupcakes. To frost a regular cake, you need to un-mold, then frost the top as well as sides and possibly decorate. I hyperventilate just thinking about it. To frost a cupcake, you only have to take care of the top, as the rest of the cake is covered by the baking paper; another huge practicality. The paper means less clean up, as well as easier handling by the consumer. Let us not forget that it takes about an hour for a whole cake to bake as opposed to 20 minutes for a muffin tin of cupcakes. Talk about instant gratification. As a consumer, walk into a shop and order the flavor cupcake you like, at the same time order the ones your kids and neighbors like. No need for little Mikey to be upset about the chocolate you bought, since you’ve already bought him the vanilla! As I said, win-win.

The most remarkable thing about cupcakes is that, unlike other trends, cupcakes have been around for years, and we all know about them. A cupcake isn’t an iPod that needs to be introduced and explained to you. It begs the question, why the rage for cupcakes? Why now? Here is how I figure it: we live in a world gone mad, with people attacking each other, where the man in Times Square threatening the end of the world may be closer to the truth than we would like to think. In a world where we will grow old, interest rates will rise, our children will grow up and there will always be those who are too rich and too thin. In a world where “carb” is the biggest four-letter word of them all, we need to find comfort in the little things.

The bottom line is this: thinking, baking, frosting, looking, buying, giving, receiving and eating a cupcake makes you smile no matter what is falling apart around you. Therefore, people are lining up around the block, and paying copious amounts of money for cupcakes because, at the end of the day, they are lining up and paying for a smile

The word “Serious” refers only to the amount of chocolate, and not the mood. Having said that, use the best cocoa you can get your hands on.

In a small bowl combine coconut milk, coffee granules and vanilla, set aside. In the bowl of a stand mixer with paddle attachment, or in a large bowl using a hand held mixer, cream margarine with sugar until light in color and fluffy. Add eggs one at a time, until well incorporated.

Now add the dry and wet ingredients alternately, about a third at a time. Mix just until combined. Using a spatula make sure to scrape the sides of the bowl and give the batter a good mix.

Divide the batter between the 24 cups.

Bake on middle rack for 18 to 20 minutes, until top of cake springs back when pressed lightly.

This is a great frosting for any kind of cake, and is enough for 24 cupcakes, 9 by 13 cake, or a two-layer round cake.

In a large microwave-safe bowl, combine one cup (16 oz.) 60% cocoa solids chocolate with half a cup imitation whipping cream. Microwave for 30 seconds on high until mixed and return to microwave. Keep on microwaving in 30-second bursts, mixing between bursts until mixture is smooth. Add two tablespoons margarine, stir, and cool in the refrigerator for one hour. Mix either by hand or with a handheld mixer until you reach desired consistency. 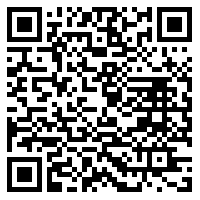