Most people prefer to know in advance if their dinner guests have any dietary restrictions. While some people don’t want to impose on their hosts and keep allergies or food sensitivities to themselves, no one likes to see their deli meat-filled puff-pastry appetizer go uneaten because they didn’t know that their guests were vegans, vegetarians, or on some other restricted diet. More often in recent years, people are gluten-intolerant or are choosing to eat a gluten-free diet. This may feel like a challenge to a hostess, but if you know in advance there are some simple ways to accommodate your guests’ special needs.

Why do people turn to a gluten-free diet? There are those that suffer from celiac disease, where, according to the Food and Drug Administration (FDA) website, “the body’s natural defense system reacts to gluten by attacking the lining of the small intestine.” This can keep the body from absorbing the nutrients it needs and can cause anemia, osteoporosis, diabetes, and intestinal cancers. It is extremely important for people with celiac disease to avoid gluten.  Then there are those with gluten sensitivity who exhibit symptoms that are similar to, but much less severe, than those of celiac disease. Gluten sensitivity can be thought of as a kind of wheat allergy that often results in various kinds of intestinal distress after eating foods that contain gluten.  Then there are those who avoid gluten for weight loss reasons, and some who simply say they feel better when they do not eat gluten.


Previously, the use of the term “gluten-free” was unregulated: the popularity of “gluten-free” labeled products had grown so tremendously without oversight that someone with celiac disease could never really be sure that a processed product was truly free of gluten. According to the FDA, an estimated five percent of foods labeled “gluten-free” contained 20 or more parts per million (ppm) of gluten. As of August 2013, however, anything labeled “gluten-free” or that has other wording implying the same meaning must have less than 20 ppm – the smallest detectable amount. Companies have one year to be compliant with the new regulation.

One popular way to identify a gluten-free item is by the GF symbol. The circular icon looks similar to a kashrut certification and is a trademarked symbol of The Gluten-Free Certification Organization (GFCO), a program of The Gluten Intolerance Group.  One doesn’t only have to look for foods with the GF certification though; some foods inherently do not contain gluten and won’t necessarily be labeled as gluten-free.

So what is gluten?

Gluten is the protein that occurs in wheat, rye, barley and derivatives such as malt and spelt. It gives elasticity to dough, and gives many foods and baked goods their chewy texture.  However there are many “whole foods” to choose from for gluten-free menu items.  Chicken, meat, fish, vegetables, potatoes, rice, and fruit are inherently gluten-free and great menu options. The ingredients used to season and prepare these foods would need to be analyzed carefully, though.  When making schnitzel, for example, you would not be able to use standard bread crumbs, but instead could use corn flake crumbs, or bread crumbs that are specially formulated to be gluten-free, like those produced by Katz’s Gluten Free, a family-run company that began in 2007.

Mordechai (Motty) Jacobowitz, the director of research and development at Katz’s Gluten Free, explained that his sister, Mrs. Katz, and three of her children have celiac disease.  His sister used to do a lot of her own baking and soon got requests from friends and neighbors for her gluten-free baked goods, so she started selling them.  Eventually, they saw the demand for gluten-free items in the kosher market and started the company. 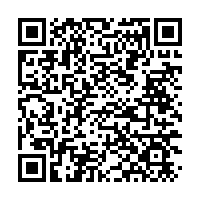