While surgery can be scary and stressful for children and their parents alike, anesthesia can be a useful tool for reducing pain and calming fear and stress, yielding very temporary symptoms following surgery. During anesthesia, patients cannot breathe independently but rather breathe through a breathing tube, often causing a sore throat. Children also often experience nausea, vomiting, and moodiness following surgery, but medications can help alleviate these symptoms, doctors say.

Although symptoms are temporary, recently concern has been raised of possible long-term learning and behavioral consequences resulting from anesthesia for children who need surgery. “It is normal for children to have behavioral issues a few days after surgery. The question is if these issues last long term,” explained Dr. Paul Uppal, president of Riverside Associates in Anesthesia, based at Lourdes Hospital in Binghamton, New York.  Research has shown possible negative impacts from anesthesia in rodents and monkeys. One study reported in the New York Times showed that exposure to anesthesia for these animals at a very young age, approximately equivalent to ages three and under in humans, is related to brain cell death. In another recent study, the National Center for Toxicology Research at the Food and Drug Administration (FDA) reported that after five-day-old rhesus monkeys were exposed to 24 hours of anesthesia, a decrease in performance on tests of memory, attention, and learning became apparent.


However, while “data (exists) in animal models that might cause permanent neurological injury to the developing brain, human data are much less convincing, and the age appears to be three years old,” explained Dr. Madelyn Kahana, the pediatric cardiac anesthesiologist at Montefiore Medical Center in Bronx, New York.

The research itself has weaknesses. It does not necessarily factor in the wide range of experiences of children nor demonstrate if learning and behavioral issues are happenstance or a causal effect. Due to these limitations, the FDA recently collaborated with the International Anesthesia Research Society to increase research efforts. A press release about the initiative stressed the lack of a definitive conclusion as to a causal link between anesthesia and learning problems and introduced the SmartTots (Strategies for Mitigating Anesthesia-Related neuroToxicity in Tots) program, aiming to secure optimum safety for anesthesia in surgery performed on children ages three and under. Started in 2010, some of this program’s work involves funding research that expands on studies conducted by the FDA and many universities.

Although these studies may cause parents to fear necessary surgery for their children, “millions of children get anesthesia and are fine,” said Dr. Nancy Simpkins, a NJ-based internist and medical consultant.  Dr. Uppal and Dr. Simpkins both mentioned that studies have not confirmed if it’s the anesthesia or the surgery itself which actually may cause developmental delays. For instance, if a child needs ear tubes, a hearing loss typically takes place prior to this surgery, often causing a language delay.

Dr. Uppal explained that many of the advances in anesthesia patient safety are partially due to the American Society of Anesthesiologists (ASA) taking cues from the airline industry, which has also made great strides in flight safety. A flight plan is carried out before every flight including safety checks and coordination between the staff. Similarly, evidence-based medicine, safety checks, as well as simulator-based training for emergencies has come into play with anesthesia. Organized by the ASA, the Simulation Education Network (SEN) is comprised of simulation programs providing instruction to anesthesiologists in centers throughout the United States. In the SEN course, participants role-play and problem-solve different clinical scenarios that could potentially occur at any given point in their practice. This is similar to pilots undergoing simulator-based training for flight-related emergencies. Just as a flight may be delayed due to weather conditions, if a child has a cold or fever, surgery may be deferred as well. Success in anesthesia also largely depends on a team approach between the nurses, anesthesiologists, and surgeons in the same way that a successful flight depends on the coordination between the staff. Paralleling the advancements in aircraft in the last ten years, a lot more vigilance and technology has been implemented into anesthesia in the last decade as well. 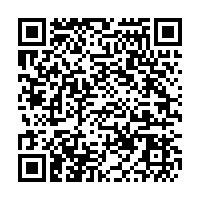