This week, I was in the mood to make something different. I was getting bored of the same old weeknight dishes. I had an idea to slow-cook a sweet and spicy chicken and serve it in a corn tortilla with a dollop of guacamole on top. The result was divine.

This dish was inspired by some amazing tacos I had as an appetizer in Fuego of Aventura. They were served in a stainless-steel taco holder, which held the shape well, and looked so tasteful on the table.

I ordered one from Amazon, and got to work experimenting with pulled chicken. As I said, I wanted different. So, I decided to slow-cook the chicken in my crockpot. I love my crockpot. As the saying goes, “Set it and forget it.” It makes life so much easier.

Before I went to work, I put in the boneless chicken, salsa, duck sauce, and Heinz original BBQ sauce (it’s my favorite, because it comes in an upside-down squeeze bottle like ketchup, and it tastes great). When I came home, supper was ready! All I had to do was shred the chicken with a fork, add some cornstarch to thicken, and make the guac.

After I assembled the tortillas, I garnished them with cilantro on top. It looked mouth-watering. Let’s just say, Hubby ate five of them. #Fivefajitasforthewin #Daretobedifferent

Shred the cooked chicken with a fork. If sauce is too runny, add 1 heaping tbsp. of cornstarch mixed with a little water into crockpot. Stir and let it sit back on low for ten minutes until the sauce thickens.

Meanwhile, stuff your corn tortillas with the shredded chicken mixture. A smart trick is to put a little bit of cooked rice on the bottom of your tortillas to soak up the sauce from the chicken.

Then, mash your avocados, and add some diced tomatoes and red onion, a big splash of lime juice, and salt and pepper.

Dollop the tops of your tortillas with guacamole and garnish with cilantro on top. Enjoy! 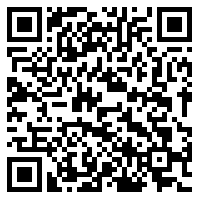