Although the numbers tattooed on to her arm silently spoke of the horrors she had lived through in Auschwitz, Faiga Korenblit, who passed away last month at the age of 96, could not actually be described as a “survivor,” but rather a “thriver.” In the 75 years after her liberation, she would go on to mentor and serve generations of families affiliated with her husband’s synagogue in Brooklyn, N.Y. And with faith and unending optimism, she looked back at the darkest moments of her life and saw only G‑d’s kindness, how He saved her from death time and time again.

Faiga Korenblit passed away on Shabbat afternoon, April 18, at the age of 96.


She was born in 1924 in Uzhhorod (known in Yiddish as Ungvar and then part of Czechoslovakia), the seventh child of Rabbi Aharon and Rochel Felberman, the scion of Chassidic aristocracy and a descendant of the Rebbes of Lizhensk, Ropshitz, Premishlan and Nadvorna.

Rabbi Aaron was the rabbi of Velyki Heivtsi (Gayvitz in Yiddish), a small community south of Ungvar. By the time she was born, the ravages of World War I had forced her family to take up residence in the city of Ungvar itself, although her father continued to travel regularly to Gayvitz.

While her formal Jewish schooling ended in the fifth grade, she continued to absorb Jewish values, teachings and lessons by observing how her parents served G‑d, and how they led their flock with dedication, humility and love.

The Jews of Gayvitz were for the most part impoverished and her mother, Rochel Felberman, daughter of the Rebbe of Khust (Chust), was known to cook and bake for its most destitute community members. They knew they could always rely on her for a nourishing meal, even on Fridays, when most other Jewish households were in the midst of busily preparing for Shabbat. The rebbetzin’s kitchen was always open.

Keeping in mind his congregants’ dire straits, her father, Rabbi Aharon, went to great lengths to find sound halachic reasoning to render a chicken kosher. And in the event that he could not, he would take care not to refer to it as treif, or forbidden. Rather, he would gently tell them that it behooved them to get another one.

A widely regarded Talmudist and Kabbalist, he would study deep into the night and then write his novel explanations while standing up so that he would not fall asleep. Most of his writings were lost in the Holocaust, but some were preserved by a relative in America and subsequently published under the title, She’erit Aharon. Also a talented singer, he would regularly compose songs, to which he set the tunes of various prayers and psalms.

A Life Filled with Torah

As a young girl, Faiga reveled in the melava malka (post-Shabbat) gatherings her father would conduct in the traditional manner of Chassidic rebbes. They were celebrations filled with Torah teachings and energetic singing and dancing, which would last late into the night and left her with a lifelong appreciation of singing.

In 1938, the area transferred from Czechoslovakia to Hungary, and young Faiga soon found herself learning another language (at home, she spoke exclusively Yiddish).

In the spring of 1944, the Germans clamped down on Jewish life in Ungvar, and the rabbi met with the Nazi officers in an effort to ward off their diabolical plans. He ended up speaking with them for several hours; they were duly impressed by his wisdom and wit.

But it was to no avail. After Passover, the Jews were forced into two ghettos before they were stuffed into cattle cars bound for Auschwitz.

After four days of travel with neither food nor drink, Rabbi Aharon stepped onto the rail platform of Auschwitz carrying a single possession: a Torah scroll that had belonged to Rabbi Mordechai of Nadvorna, his wife’s grandfather.

After he refused to throw it to the ground, the Nazi guards beat him to death with metal clubs.

Meanwhile, Faiga and her mother clung to each other as they inched towards the infamous Dr. Josef Mengele, the “angel of death,” who decided who would live and who would die by sending them to the right or the left.

After she had been ordered to separate from her mother, who was selected for the gas chambers, Faiga ran to Rochel no less than three times, each time being sent back to the other side by the prison guards.

“See the miracles that G‑d did for me,” she would often tell her grandchildren. “I could have been been beaten to death, but G‑d wanted me to live.”

She would see the thread of Divine kindness follow her throughout her ordeal.

After a fellow inmate from her hometown told her that her parents were both dead, she began running towards the barbed-wire fence, ignoring the armed prison guard who ordered her back.

She squeezed through a hole in the fence and gashed her leg, a severe laceration that could have cost her life, but left her only with a scar and the reminder that G‑d wanted her to live.

After liberation, she was too sick to eat any of the chocolates and other foods offered by the soldiers. In retrospect, she recognized that her illness saved her life since many of the frail survivors did not have the constitution to eat the rich foods they received from their well-meaning liberators.

After convalescing in a hospital in Sweden and spending time in displaced persons camps, she made her way to the United States, where she was reunited with her only surviving sibling: her eldest brother, Mordechai, who had lost his wife and five children, and had gone on to start a new family in America.

In New York, she was taken in by her uncle and aunt, who introduced her to Rabbi Avraham Yitzchak Korenblit.

Rabbi Korenblit was a staunch Chabad-Lubavitch Chassid and a native of the Polish city of Chelm, where he had directed a Chabad yeshivah. He survived the Holocaust by taking refuge deep in Soviet Russia. After making his way to the West, he founded the Beth Rivkah school for girls in Paris, at the behest of the sixth Lubavitcher Rebbe—Rabbi Yosef Yitzchak Schneersohn, of righteous memory.

Settling in the Crown Heights neighborhood of Brooklyn near the Rebbe—Rabbi Menachem M. Schneerson, of righteous memory—together they built their home replicating the values and inspiration they had grown up with in Europe.

As he had there, Rabbi Korenblit worked for the central Chabad yeshivah in Brooklyn. When a new complex was built on Ocean Parkway in the Flatbush neighborhood, he was asked to serve as rabbi of Congregation Ohel Moshe Chevra Thilim Lubavitch, which was then relocating to a facility adjacent to the campus.

Faiga Korenblit joyfully and enthusiastically embraced the Chabad approach to sharing Judaism with others and opening the doors of Jewish life to people from all walks of life.

The quintessential rebbetzin, she would dispense marriage advice, guidance and support to the many who would seek her out. She was particularly well-known for liberally conferring blessings on all who crossed her path.

She took great satisfaction in knowing that her father’s synagogue in Uzhhorod still functions until this very day, serving as the local Chabad center and the lone hub of Jewish life in the area.

Ever energetic, she worked for decades as a bookkeeper until her retirement at the age of 80.

She continued to attend services at her husband’s synagogue on a weekly basis for decades after he passed away in 1991—a practice she maintained even when she was confined to a wheelchair.

Like her revered ancestors, she treasured the gift of prayer and was often seen with an oversized book of Psalms in careful and devoted communion with her Maker. She would pray for her descendants and her congregants, and especially for the arrival of Moshiach, an event she eagerly looked forward to. 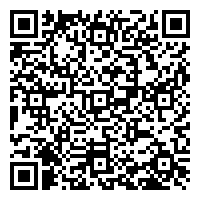