Itshak Holtz is an artist totally immersed in the Jewish genre. He was born in Poland, grew up in Israel, mainly in the Jerusalem neighborhood of Geula, and for the last 35 years he has maintained homes in both New York and Jerusalem. He is comfortably rooted in a Jewish life of religiosity, love of Israel and respect for the Jewish experience in the Diaspora. Holtz is a thoroughly modern Jew; a cosmopolitan with deep roots in Israel and America, who is also a highly successful painter specializing in one aspect of his own history and reality: Jewish genre painting.

Genre painting arose in the Western artistic tradition in the late Renaissance. In Northern Europe, scenes of everyday life suited the ascendant burgher class that celebrated the virtues and values of home, hearth and family.  Frequently practiced by lesser talents, genre painting was also championed by many of the great 17th century Dutch masters such as Hoblein, Jan Steen, Vermeer and Rembrandt. Soon it caught on in Italy, Spain and England, appealing to the growing tourist trade. By the 19th century, it comprised a major secondary market in most European, English and American painting. It is the consummate form of democratic artistic expression, celebrating the prosaic life of the common man, with occasional forays into picturesque poverty and sentimental histories.

The first and most proficient Jewish practitioner was Moritz Daniel Oppenheim, especially his wildly popular series of prints, Pictures of Traditional Jewish Family Life published in the 1870’s. This series depicts the 18th century Jewish community of his native Hanau, Germany, in what was a nostalgic look at a recent but vanished ghetto past. Itshak Holtz has focused on similar material with an important difference. The world he depicts is alive and well in Monsey,
Boro Park and, of course, Jerusalem.

Returning From Shul (2002) presents Holtz’s vision of the living shtetl. Stubbornly contemporary in bright impressionistic colors with tangled electric wires strung across a back alley, his approach is nonetheless unflinchingly traditional in depicting haredi piety and customs. He paints each scene from life after researching the location for the best light and optimal viewpoint. As the painting develops, he enlists local individuals as models, plucking them from the midst of their everyday lives. Holtz revels in the contrasts and tensions between the rusted sheet metal upper floor of the house on the left, the luxuriantly green trees, and the hasid clad in black and white trudging home from morning davening. It is a celebration of the fabric of the mundane.

Unlike some of his earlier paintings that depicted tailors, sofrim, fishmongers and pressers, in this world, piety replaces the workplace. Shamash Learning in Shul (2003) combines the artist’s considerable powers as a portraitist with a detailed rendering of a synagogue interior in a painting of claustrophobic intensity. The compressed space piles the bimah, blue paroches and elaborate aron above the head of the shamash, acting as a kind of crown to the foreground figure engrossed in Talmud study. The artificially shallow space of the painting draws us into his mental universe of scholarship and spirituality in an extraordinary manner. Finely wrought details narrate a relationship between his hand clasping the Talmud, the intensive gaze of his eyes on the unseen page, the hanging “Eternal Light” and finally the two tablets of the Law surmounted by an ornate crown. This journey into the center of the painting is echoed by the triangle formed by the luchos and the two side windows that radiate above the highlighted forehead of the Torah scholar. The reciprocal relationship between the individual, his studies, and the sacred setting is intense and riveting.

For over 40 years, Itshak Holtz’s subjects have been the back alleys and markets of Me’ah Shearim, Geula, and other religious neighborhoods in Israel. Street scenes, synagogue interiors and portraits of men learning, praying and simply inhabiting the world of Yiddishkeit have been the motifs that fascinate him out of love and respect. Reflecting deep affection for his subjects, many of his favorite portraits have been held in his private collection in trust for his children. Portrait is typical in its directness and honesty. The hasid’s peyos frame his face like the columns at the entrance to the Temple sanctuary. And yet the placement of his eyes, nose and mouth is slightly off center, creating a wonderful tension between the formulaic trappings of piety (black hat, peyos and white shirt) and the complexities of a real person.

Itshak Holtz’s extensive training years ago at the Bezalel Art Academy in Jerusalem, the Art Students League in New York, especially with Robert Brackman and the National Academy of Design with Robert Philipp, still influences him. The ability to combine inventive and detailed compositions with evocations of deeply individual religious feeling stem as much from the artist as from his subjects.

Holtz’s Jewish genre painting represents an essential aspect of contemporary Jewish life. It reveals a world that many secular Jews choose to either ignore or reject. This world is an important link with a vital Jewish past even as it represents a growing Jewish present that must be explored with a finely tuned combination of sympathy and honesty. Genre painting offers a particular sensibility, attention to detail and nuance of place and time that provide a unique opportunity to explore this world. Itshak Holtz masterfully opens the door to begin this exploration.

Richard McBee is a painter of Torah subject matter and writer on Jewish Art. Please feel free to email him with comments at rmcbee@nyc.rr.com. 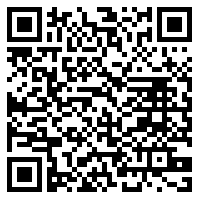