“I felt here that I was at home,” remarks Agnes Keleti about her arrival in Israel in 1957. An Israeli emissary had invited this leading Hungarian Jewish female athlete to participate in the fifth Maccabiah Games that year, and that’s when she discovered that Israel was “home.” Soon after arriving she decided to settle in the Jewish state and become an integral part of its life. Riding the high wave of athletic success – Agnes Keleti, the most successful Jewish female athlete in Olympic history with ten Olympic medals – decided to put aside fame and fortune and contribute her talent to her people.

She became a coach of the Israeli national gymnastics team and a physical education teacher at Tel Aviv University and at the Wingate Institute for Physical Education and Sport, imparting her enormous knowledge and experience to admiring young gymnasts. She also purchased sporting and gymnastic equipment that had never been used before in Israel.


Born on January 9, 1921 in Budapest, Hungary, Aggie Klein began her gymnastics training when she was four at Budapest’s Jewish club and by the age of sixteen had won the first of her ten national titles. With the German invasion of Hungary in 1944 the talented teen’s training came to an abrupt halt. To survive World War II she bought the papers of a Christian girl and worked as a maid for a pro-Nazi family in a small Hungarian village.

During the battle for Budapest in the winter of 1944–1945, she did morning rounds to collect the bodies of those who had died the previous day and place them in a mass grave. Her mother and sister went into hiding and were saved by the Swedish diplomat Raoul Wallenberg. Her father, however, was sent to Auschwitz where, together with the rest of the Klein/Keleti family he was killed.

At the end of the war Agnes Keleti returned to her gymnastics career. Between 1947 and 1955 she was the dominant force on the national scene and was equally impressive in international competitions where she represented Hungary twenty-four times between 1947 and 1956.

If her performance was remarkable in 1952, it was overshadowed by an even more formidable display of talent, determination and ability in the 1954 World Championship. She finished first on the uneven bars and the hand apparatus team, second in the combined team and third on the balance beam. This performance was still not the high point of her career, which came at the Melbourne Olympics in 1956: the thirty-five-year-old Agnes Keleti scored an astounding triumph, winning four gold and two silver medals.

The following year, Agnes came to Israel and a new chapter began in her life. Here she met and married Robert Biro, a fellow Hungarian physical education teacher, and, although by now in her forties, became a happy mother of two sons: Daniel, born in 1963, a university lecturer in finance, and Rafael, born a year later, a fashion designer. Mrs. Keleti Biro’s family joy was shared by her mother and sister who have also settled in Israel.

Recently, Agnes Keleti, dubbed “the most successful female athlete,”
celebrated her 91st birthday at her home in Herzliah where a former student described her as “the foundation stone of gymnastics in Israel.” 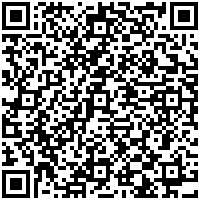