In Bereshit, she starts out as an unknown entity that takes shape from a rib. When given a name, she is referred to simply as “This.” “L’zot yikare isha ki meish lukaha zot – This shall be named Woman because from Man was this taken” (Bereshit 2:23).

Although a profound relationship is generated between the twin identities of woman and man, the next verse gives recognition to woman’s key role, “Al ken yaazov ish et aviv v’et imo v’davak b’ishto v’hayu l’vasar ehad – Therefore man shall leave his father and his mother, and cleave to his wife, and they shall become one flesh” (Bereshit 2:24).


It is not surprising, therefore, that the snake chooses woman as the instrument of its design. And indeed, she proves to be an active wielder of influence. With considerably less effort than it took the snake to persuade her to take from the fruit of the Tree of Knowledge, she induces man to eat from the forbidden fruit.

How many of us realize that it was through this act that woman attained motherhood? Her punishment of pain and anguish turned into the blessing of bearing children. As an indication of this pivotal function, she is given a new name, a new identity. Henceforth she is Chava, the name derived from the root chai, to live. Em kol Hai, Mother of all living (ibid. 3:20), a most eloquent testimony to the centrality of a woman’s role.

Chava becomes the first living creature to experience the supreme secret of creation, the mystery of birth. Overwhelmed, she exclaims, “Kaniti ish et Hashem – I have created a man with G-d!” (ibid. 4:1). She names her son Kayin, the name derived from the verb-root of qof yod nun = possess, or qof nun he = create/acquire.

“I have created a man with G-d,” is a rather startling and egocentric claim. In placing herself at the epicenter of the event and G-d in the secondary position as her partner, Chava set the tone for the events that followed. As Kayin grows up, he turns out to be the prototypical murderer, committing the inexcusable sin of fratricide. How did this come about? Undoubtedly, Chava’s self-centered attitude had an impact Kayin’s character development.

As the years passed, Chava learned an important lesson. When the time came and she gave birth to her third son, she called his name Shait, “ki shat li Elokim zera,” “because G-d placed in me a seed” (ibid. 4:25). With her realization that the miracle of childbirth is from G-d and not from her own creative ability as she had initially believed, Chava reached the ultimate stage of her development.

The first mother’s new insight into the nature of Creation, the belief that G-d is the supreme Giver of Life, set the tone for future generations. In the next verse we learn that the contemporaries of Chava’s grandson, Enosh, “az huhal likro b’shem Hashem – they started to invoke the name of G-d” (ibid. 4:26). According to Rabbi Samson Raphael Hirsch, this seemingly insignificant verse marks the birth of Judaism.

Chazal have attributed insight into the teachings of Judaism to woman’s basic make-up. From the word “vayiven – and he built” (ibid 2:22), they derive the concept “bina,” insight as a “built-in” faculty of woman. Woman was given the gift of prophetic insight, to comprehend and appreciate the mysteries of the divine message, the choice between good and evil.

This is the reason mothers have been entrusted with the education of the young and setting the tone for future generations. 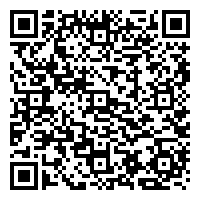