The Jewish world knows that the name and the reach of the 7th Rebbe of Lubavitch, Rav Menachem Mendel Schneerson, the head of Chabad. However, did you know that the real power lay in the hands of “The Rebbetzin,” Chaya Mushka (Moussia) Schneerson, his wife and the daughter of Rav Yosef Yitzchok Schneerson, the sixth Rebbe?

When asked about the extent of the Rebbetzin’s greatness, the Rebbe’s thoughtful, genuine response was: “Only Hashem knows.”

In 1950, when the Rebbetzin’s father died, her husband did not want to take on the mantle of leadership, but Chaya Mushka persistently urged him to reconsider, and in 1951 he consented.

Born in Babinovitch, near the Russian city of Lubavitch on March 16, 1901, Chaya Mushka grew up in Lubavitch and her family lived there until the autumn of 1915. That year the threat of World War I forced her family to flee to the safety of Rostov, a large commercial city on the Don River.

In 1920, the fifth Lubavitcher Rebbe, Rabbi Sholom Dovber Schneersohn, was niftar and the Rebbetzin’s father became Rebbe. In the spring of 1924 when Jewish life in Rostov was seriously threatened, the family moved to Leningrad, today’s St. Petersburg.

In the autumn of 1927, when her father was imprisoned for spreading Judaism and Torah learning, it was Chaya Mushka who led the fight for his release. Her efforts succeeded in having Rav Yosef Yitzchak’s harsh prison sentence commuted to exile in Kostroma, a coastal city in the northeastern part of European Russia, where Chaya Mushka accompanied him.

After his release, the Schneersohn family left the Soviet Union and moved to Riga, Latvia. A year later Chaya Mushka met Menachem Mendel in Warsaw and they soon married. As Menachem Mendel was an engineering student in Berlin, the young couple moved there. However, in 1933 Hitler rose to power and the young Schneersons fled to Paris, France where Menachem Mendel continued his studies.

For Chaya Mushka their sojourn in Paris was a very happy, albeit brief, period. In 1940, the Nazis took over the reign of power and Jews again had to flee for their lives. The Rebbe and the Rebbetzin managed to escape on the last passenger ship to cross the Atlantic Ocean.

In New York they settled in the Crown Heights section of Brooklyn. It was there in 1950 that the Rebbetzin impressed upon her husband the importance of his assuming the leadership of Chabad.

As they were not blessed with children, Chaya Mushka’s great love for them found expression in her embracing of all children in her community. Once, when a child visiting her house asked her, “Where are your children?” She answered, “The Chassidim are my children.”

She was a magnificent personality who, in her modesty concealed her aristocratic presence in order to avoid adoration from the Rebbe’s followers. She yielded power, spiritual and practical, in silence. 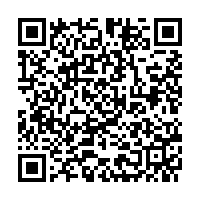