Awake! Awake!
Dress up in your vigor, Zion!
Dress up in your garments of glory, Jerusalem,
City of holiness… (Yeshayahu 52:1)
Shake off the dust,
Arise and sit [on your throne], Jerusalem!
Loosen your neck irons,
Captive daughter of Zion! (Ibid.52:2)

The Prophet Yeshayahu’s messages of Geula/ Redemption are apt answers to our present-day prayers. They are tailor made for our times. He exhorts the people of Israel to abandon their self-image as aniya soara — a poor tempest-tossed woman ( 54:11) — and rise as bat Tziyon — the daughter of Zion, a nation with a sense of pride and dignity.

Bat Tziyon — the daughter of Zion — frees herself from the chains of captivity and, arraying herself in her royal robes, rises again like a queen on her throne. The fond epithet “daughter” evokes a loving image of close family relationship; “daughter of Zion” is an image of romantic attachment to Zion/Jerusalem, a love affair between the nation and its historic homeland.


Zion was the hill upon which had stood the Holy Temple. Later, because of its sacred position in the heart of the Hebrew capital, the name and the holiness of Zion the Hill was extended to the capital city. Jerusalem came to be known as the “City of Zion” and as “City of Holiness.” In time, the holiness of Zion was extended to the entire Land of Israel, to be forever enshrined in the annals of history as the “Land of Zion.”

Throughout centuries of Exile, the traditional allusion in Hebrew liturgy to the Land of Israel as the “Land of Zion” has had a special poignancy evocative of Israel’s glorious history within the context of its unique relationship to its Creator.

In an earlier prophecy, Yeshayahu compares Jerusalem to a young bride awaiting her bridegroom in joyous anticipation:

“Lift up your eyes about you and see,
All shall gather and come to you,
As I live, says the Lord.
All of them like an ornament shall you wear,
Like a young bride shall you decorate yourself.” (49:18)

The Prophet Micha, a young contemporary of Yeshayahu, in his delivery of good news — the news of Divine consolation — to the inhabitants of Yehuda yearning for the return of the Exiles, also evokes the image of Daughter of Zion/Jerusalem to create an optimistic, loving atmosphere for his message:

The image of woman takes on a different shape in a subsequent prophecy of Mckha. Here the Prophet compares the suffering of the inhabitants of Yehuda and Jerusalem under oppression to a woman trembling in the pangs of labor and the moments of redemption to the mother’s delight in the birth of her child. (Micha 4:9-14).

Delight, Daughter of Zion,
Cry out in joy…
Daughter of Jerusalem!” (Zephania 3:14)

Today more than ever, our political leaders ought to look to these magnificent prophetic messages of promise delivered through a string of amazing feminine images, ranging from the depiction of a queen rising from captivity, clothed in glory on her throne to the imagery of a bride rejoicing over the approach of her bridegroom, to find solace and more so, to reassert our pride in our historic right to Jerusalem. 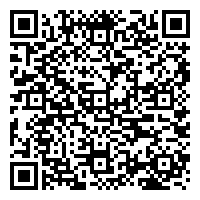