The Gaon, Reb Yechiel Michel Epstein, the author of the Aruch HaShulchan, and the chief rabbi of Novordak for 34 years, was known to be a very liberal person.

A disciple of his related that when he received his smicha, he asked Reb Yechiel Michel for advice on being a rabbi.


“My son,” said the Gaon, “when a question of law comes before you, always give it the benefit of a heter, that it should be permissible. Then you should seek references sustaining you. Only after a diligent search, should you reluctantly prohibit it.

“Unfortunately, there are many great rabbonim, Gedolai HaTorah, whose piety is greater than their wisdom or feeling for their fellow Jew, who first prohibit and never seek an excuse to permit. Through this method they many a time, caused the loss of hard earned Jewish money, never realizing that it is a greater sin, than the sin between man and G-d.

Once on Erev Pesach Rav Epstein came home early from shul and a poor woman came to the door with a grave problem. Some of her food had mistakenly become mixed with chometz and now she had to discard all of her pots and dishes.

Rav Epstein knew that l’halacha she had to discard the pots in which the chometz was cooked. But he saw that she was a very poor person, wearing torn and tattered clothes and he couldn’t take it upon himself to prohibit it.

“Please be seated,” he told her, “while I look up the law in my study.”

He began to pore over many seforim, looking for a heter but it was a difficult task. An hour passed and then two hours, and still no result.

In the meantime, the members of his family were growing impatient to start the Seder. They sent in his fourteen-year-old grandson, Meir Berlin, to urge him to come.

“Grandfather,” said the boy, “You are disturbing our holiday. If you cannot find a heter, then prohibit her dishes and let us begin the Seder.”

“My dear grandson,” Reb Yechiel Michel replied, “you want to enjoy the holiday at the expense of this poor woman. If she is to throw out her dishes her holiday will be spoiled for the entire week and possibly for the next few months.”

He remained in his study for another hour until he found a source that would enable him to permit the use of the dishes. Joyfully rushing out, he declared, “It’s all kosher, permissible.”

Then he sat down at the Seder and they all enjoyed the holiday knowing that another poor woman was also enjoying her Seder. 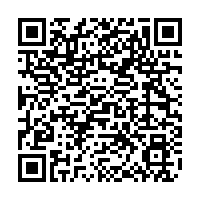