Islamist terror against Jews is not a 21st century phenomenon. Since the rise of Islam in the days of Muhammad in the 7th century, Jews have been persecuted, rioted against and massacred in every country where this creed penetrated. This included the countries of North Africa – Morocco, Tunisia, Algeria – where Jews were exposed to a constant terrorist threat.

One historical study focuses on the life of a Hebrew scholarly sage in 18th century Morocco, Rabi Abraham ben Adiba who, contrary to Jewish custom, encouraged his precautious daughter, Friha, to carry on Hebrew poetic and scholarly pursuits. When in the early part of that century, Islamic persecutions and intermittent riots threatened the lives of Moroccan Jewry, Rabi Abraham, concerned for the safety of his loved ones, moved his family from Morocco to Tunis.  Here his daughter Friha continued her scholarly work, composing Hebrew liturgical poetry and halachic treatises.  Friha Ben-Adiba is the only female poet known to Jewish historians who wrote liturgical poetry in Hebrew in North Africa.

In 1756, when the ominous threat of Islamic terror against Jews reached Tunis as well, Friha became one of its tragic victims.  After her brutal death, her father had her personal quarters, complete with an extensive library, converted into a synagogue dedicated to her memory.

The “Friha Synagogue” became a historic shrine and served as a focal point for pilgrimage of North African Jews for almost two centuries until 1930 when it, too, was destroyed by a Muslim mob. But the memory of Friha Ben Adiba lives on through her writings and her prayers which still resonate in contemporary Jewish hearts. 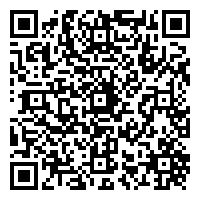