The survey asked 2,809 Americans to list countries, organizations and individuals who they think are an imminent threat to the country.

The fact that one-third of a major party’s voters view their president as a threat to their own country would have been shocking not long ago. It is even more shocking when taking into account that so many people consider Obama more of a threat to the United States that Assad, who is allied with Iran, and Putin, who by most accounts is leading a new cold war against America.

Reuters said that sociologist Barry Glassner thinks the results are not such a surprise. The author of “The Culture of Fear: Why Americans are afraid of the wrong things” told Reuters that both the Democratic and Republican parties have capitalized on “fear mongering,” which he said will be part of the 2016 presidential campaign.

“The TV media here, and American politics, very much trade on fears,” he added.

Democrats returned the Republicans “compliment,” with 22 percent citing the GOP as in imminent threat to the United States.

The biggest threats, according to the overall poll, are terrorist attacks by the Islamic rated by 58 percent of the respondents as the most imminent threat. Next in line were Al Qaeda, cyber attacks, Korean Leader Kim Jong-un, drug trafficking and Iran’s Ayatollah Ali Khamenei. 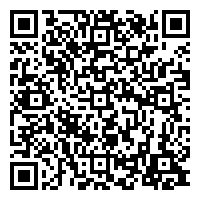