As amazing as it sounds, Goldie Steinberg, a survivor of the Kishinev pogrom of 1903, passed away this past August in Long Beach, New York, just two months shy of her 115th birthday. She had the distinction of being the oldest Jew in the world and the last living survivor of the massacres.

She was born Goldie Garfunkel, on Oct. 30, 1900 in Kishinev, then part of the Czar’s Empire. In 1903 forty-seven Jews were killed and hundreds wounded during a pogrom. It was followed by a second massacre in 1905.


“We were saved by a Russian neighbor who made sure nothing would happen to us,” she recalled during an interview in the fall of 2013. “He told them that we weren’t Jewish.”

“Being a respected member of Kishinev’s enormous Jewish community, my father dealt straight with customers, and he always had a name for honesty; he was known as an honest man,” Goldie recalled, adding that when her father offered to serve as a guarantor for a 1,500 ruble loan, the lender trusted him immediately. “He said ‘[Chazkel] doesn’t need to sign; I trust him.’”

In 1923, the Garfunkel sisters, Goldie, Raizel and Sura, immigrated to America, moving in with their father’s brother, Max Garfunkel. Goldie lived with her uncle and aunt in the Bensonhurst neighborhood of Brooklyn until 1932, when she met and married fellow Kishinev immigrant, Philip Steinberg. The couple had two children, Don Sargent and Ann Teicher. Philip Steinberg worked as a jeweler until his passing in 1967, after which Goldie continued to support her family as a seamstress. She retired at age eighty.

“My grandmother’s life – surviving the pogroms, losing siblings in the Holocaust – it was a history lesson,” says her grandson Peter Kutner. “She was a very selfless person; she always thought of others. She lived on her own in Bensonhurst until she was 104 and refused to move in with my mother because she didn’t want to be a burden on her. That tells you something about her.”

At 104, Steinberg moved into the Grandell Rehabilitation and Nursing Center in Long Beach, N.Y., where she was known for her warmth and consideration for others. Just prior to her 113th birthday, the staff at Grandell traded stories about “Goldie,” including one about her waking up in the middle of the night to offer her coughing roommate a throat candy.

“She was a tremendously special person,” says Rabbi Eli Goodman, co-director of Chabad of the Beaches in Long Beach. “Each year there was a birthday party for her. I attended a number of them, and children from the local Jewish schools would come and sing, and bring her presents. It wasn’t just her old age that made her special; everyone truly looked up to her.”

When Kutner got a call from the doctor at Grandell telling him that his grandmother wasn’t feeling well, he drove over with his wife and mother.

“A lot of the family was there, and we Face-timed with those who weren’t, so they could all say their last goodbyes,” he said. “After she spoke to my cousin Steven and we shut the phone, we saw that she was gone. She waited until the last person.” 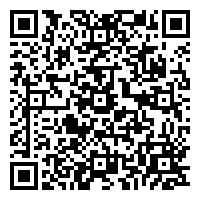