Cleared for Publication: Name of Recommended Candidate for Chief of Israel’s Police

After a few days media blackout, the name of the government’s recommended candidate to head up the Israeli Police force can now be revealed — Rony Alsheich. Rony, who was referred to only as “R” (Raish, in Hebrew), is the deputy director of the Shabak (Shin Bet) internal police organization which reports to the Prime Minister.


Due to security protocols, his name and photo are never allowed to be published.

As he is now the recommended candidate — the Prime Minister has released his name for publication in accordance with the laws on state security.

The 52-year-old Alsheich is a father of 7, and grandfather to 7. He lived in a settlement in the Shomron for a number of years, and is religious. He now lives in central Israel.

He was considered a top candidate to take over the Shabak in 2016, and no major barriers are expected to present themselves from his being appointed Chief of Police. 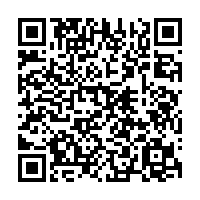