Haya Tzippa’s great charm, dynamic presence and generous hospitality attracted many members of the Yishuv in need of a warm welcome into their home. On the other hand, the rich personality of writer-thinker-linguist Yehiel Michael Pines drew noted intellectuals to the couple’s circle and turned the couple’s home into a focal point of Jewish scholarship.

In gratitude and unabashed admiration many referred to Rebbetzin Pines as “Em Yerushalayim,” the Mother of Jerusalem, and others as “Em HaYishuv HeHadash,” the Mother of the new Jewish settlement in Eretz Yisrael.


Rabbi and Rebbetzin Pines were forerunners of modern religious Zionism in Eretz Yisrael whose members combined Torah v’Avoda – Torah learning with Zionism and general culture. During the years of the First and even the Second Aliyah it was a novelty and not readily tolerated by some segments of the Yishuv. When Rebbetzin Pines established “Ezrat Nashim” which served women without regard to their religious observance, and Rabbi Pines founded a vocational school for boys where Torah was taught at night, they came under attack by followers of the Brisker Rav. In fact, the Pines were even put into herem at one point.

Unfortunately, even after Rabbi Pines passed away in 1913, the rebbetzin and her daughter occasionally had to dodge stones thrown at them by misguided fanatics.

Persevering, the rebbetzin succeeded in her efforts to bridge gaps between the various camps, and religious Zionism continued to carve for itself a functional role within the Yishuv.

This rich slice of history served as antecedent to our society in Israel today.

I often wonder, what would have happened if the young pioneers of the First Aliyah had listened to dire warnings: Do not rock the boat by provoking the Ottoman Turkish authorities! Do not fan the flames of the Arab populace’s hostility! Do not infuriate the European powers! Opt for peace now at all cost!

But the pioneers of the First Aliyah did not opt for “peace now.” They opted for a future of peace. They opted to settle and cultivate the Land of Israel, to build Jewish institutions, to revive the ancient Hebrew tongue and bring about a renaissance of the Jewish nation. 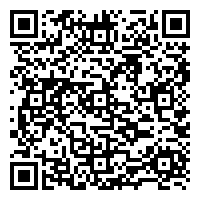