The gaon, Rav Elijah of Kalish, would explain the sentence in Koheles (5:12) “Riches hoarded by the owners cause their misfortune” as referring to a rich man who refrains from giving his money to tzedakkah for fear that he may have a long life and need the money for his old age. However, if he were to know that he would die soon, he would gladly distribute much of his money to tzedakkah.

“But this is false reasoning,” said the gaon. “For a person who gives money to tzedakah will not be sick nor will he be impoverished, for the tzedakkah will protect him against these evils. This is stated in Tehillim (41:1): ‘Blessed is he who considers the poor; the Lord will deliver him in time of trouble.’ This is also said by Shlomo HaMelech in Mishlei (21:21), ‘He who pursues tzedakkah and righteousness will find a life of righteousness and honor.’ Rambam explains this in detail in Mishneh Torah (Hilchos Matnas Aniyim) and Shulchan Aruch Yoreh De’ah (Hilchos Tzedakah) also points out that tzedakkah never impoverished a person. On the contrary, it protected him against poverty.

These views were expressed by the gaon when he was Av Bet Din in Frankfurt-on-Main. A woman once complained to the court that her husband was too generous. He was giving too much of their money to tzedakkah, and if this kept up they would eventually become impoverished. That same day a poor person came to the court with a complaint that his brother never gave him a penny and he was now in dire straits, and unless his brother would help him he was in danger of starving.

The court called both defendants to a hearing. When the woman’s husband, who was extravagant with money, appeared, the court asked him: “Why do you give away so much of your money that you worry your wife about it.”

The man replied, “Our sages have advised us that we should repent one day before we die. Inasmuch as no persons knows when he is to die, he should therefore consider every day his last day. Therefore, I want to make sure I fulfill the mitzvah of tzedakah before I die, as it says in Tehillim says (41): ‘Tzedakah cries out before the person.’ At least I will be sure that I will enter Gan Eden.”

While they were discussing this case, the rich man who refused to help his brother walked into the court.

Turning to him, the court asked: “Why are you so cruel in not helping your poor brother?”

“Our Torah teaches us,” replied the rich man, “that a person must first think of himself. I may live to 100 years and if I give away all of my money now, I may not have enough money to meet the needs of my old age, G-d forbid! If at that time I will be sick or incapable of earning money, I would starve. Therefore, I am keeping all of my money now to protect me against any poverty in my old age.”

The court, headed by the gaon, issued the following decree: “We pray to G-d that in His mercy He may see fit to grant each of the defendants who now appear before us, his wish. The rich man who fears old age and the extravagant person who fears that death is imminent.”

We are told that G-d fulfilled their wishes. The rich miser, who feared old age, died soon after and the man who feared that death was nearby and gave a lot for tzedakah, lived to an old age.

A similar story is told about the gaon, Rav Chaim Elazar Wacks, who devoted much of his time to gathering and dispensing tzedakah to the poor of the city. One day, the gaon received a telegram that there was a terrible famine in Jerusalem. People were virtually dying on the streets from starvation.

The telegram urged the gaon to appeal to the community for aid for the stricken city. He called in his gabbai, Reb Paltiel, and urged him to visit all the prominent and wealthy people of the city as well as in the city of Warsaw to ask them to donate money.

Reb Paltiel started out on his rounds early in the morning. He visited many homes and everyone contributed money. But, unfortunately, the money was not sufficient to meet the needs of the people. He then went to the home of the wealthiest persons in the city. He showed the rich man the telegram and he pleaded with him to give at least a few hundred rubles and to hurry, for time was the essence.

“Tell me,” said the rich man, “how much is needed to help these poor, unfortunate Jews?”

“Over 10,000 rubles,” he answered. “With this money we will hire a boat and fill it with grain and wheat and even then it will just barely be enough.”

The rich man thought for a few minutes and then said, “Very well, I’ll give you the entire amount of money right now, but only upon the condition that the gaon, will sell me his share in the World to Come. This must be done in a legal manner, in court and through the proper witnesses.”

Reb Paltiel was shocked, but he told the rich man that he would have to convey his message to the gaon. Reb Paltiel immediately rushed back home and told the story to the gaon. The rav didn’t hesitate. He convened a bet din in front of witnesses and the judges, and drew up papers selling his entire share in the World to Come to this rich man. The papers were officially sealed and documented by the court and were forwarded to the rich man.

The rich man thereupon gave the 10,000 rubles. A ship was hired and loaded with enough food to sustain the entire Jewish population of Jerusalem. Enough grain was left over to give to the Jews in other cities in Israel.

That year the Jews of Jerusalem declared a holiday, and prayers of blessing were said for the holy gaon and the rich man who rescued the city from a terrible death. 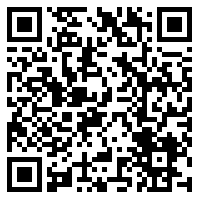