Tikkun Olam, “Perfecting the World,” is a central objective in Judaism. A recent best-seller entitled, Activate Your Goodness, focuses on the concept of Tikkun Olam by calling on the readers to be in touch with their innate gifts of kindness and reach out to help others.

Hilary Gatoff has been activating her artistic talents to enrich the life of her community. During her years as a young biology student at Leeds University, British-born Hilary Hardy was active in Jewish student affairs, contributing her acting talents to promote the quality of Jewish life at the institution.


Six years after her 1956 marriage to Dr. Barnard Gatoff, Hilary, a mother of three small children, continued her activities on behalf of her community – now in Israel! Here she formed an amateur photographic club, established drama classes, organized gala symphony concerts for charity and produced documentary films to teach Israelis about their history.

One such film, “Kinder Exodus 1939,” is a highly acclaimed account of the Kindertransport, the rescue of Jewish children from Nazi Germany, Austria and Czechoslovakia to England. Procedures for the children’s rescue began right after Kristallnacht in November 1938, the first overt attack on Jews, their homes, synagogues and businesses throughout Germany and Austria. Through the intercession of a Jewish member of the British government within a month, on December 3 of that year, the first transport of Jewish children reached the shores of Great Britain. In May 14, 1940, the last transport brought Jewish children from an Amsterdam orphanage to England. Between the first and the last transport 10,000 Jewish children under the age of seventeen were saved from annihilation thanks to their parents’ self-sacrifice and the compassion of the British rescuers who opened their homes to receive and shelter them.

Hilary first found out about this amazing aspect of Holocaust history while working as a volunteer guide at the Diaspora Museum in Tel Aviv, one more item in her public commitment. “I was so impressed with the story of the ‘Kinder’ that I decided that it should be recorded and remembered,” Hilary reveals. In typical Hilary Gatoff fashion, she immediately acted on her idea: contacting Israel TV’s Channel Eight, she was told to go ahead and make the film, and “if it was good, they would broadcast it.”

Undaunted by her greenhorn skills in film-making, the by-now 68 year-old grandmother plunged into her project, and in ten weeks the film was ready for presentation at Israel TV Channel Eight. And “it was good” and it was “broadcast,” and received professional acclaim at the Brighton Jewish Film Festival, the Diaspora Museum, Yad VaShem, Ghetto Fighters Museum, the London Jewish Museum and at Holocaust Centers in the U.S.A., Canada and Australia, among others.

Hilary Gatoff produced four more films about major projects in Israeli society, notably “MACHAL-Volunteers of Valor 1948,” in order to convey the message of our people’s uniqueness. She also performed on the stage in leading roles in various theatrical productions, spreading color and delight in the lives of others. 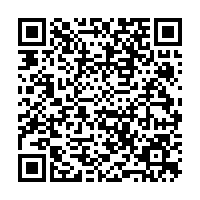