I had to believe that things were going to be ok.  They just had to be ok.  We had gone through so much, had sacrificed so much and were doing everything the doctors told us to do.  I remember speaking to a hesitant professor in my Ph.D. program about getting an incomplete in her class.  The conversation stands out in my mind because, looking back, I can see how odd it must have seemed as I matter-of-factly told her I was too busy for coursework because my twins’ amniotic sack was bulging through my wife’s cervix.

She granted the incomplete immediately, but I still can’t understand how I naively believed that things were still going to be ok.  My wife was on complete, 100 percent bed rest for the duration of the pregnancy, and her bed was set at a 45-degree incline.


Days and nights began to mesh together, and I can’t even recall when the doctor told us that my wife was dilated and there was nothing more to do but go to labor and delivery.  I guess one of my first clues should have been the fact that they put her bed back down flat as they moved us to labor and delivery.  We were just over twenty-weeks gestation.  The earliest that babies are viable is at 24 weeks.

It is not that I didn’t realize things looked bad.  I knew they did, but we had been in labor and delivery once before and the babies survived.  After all, miracles do happen!  It was probably classic denial, but the babies were still completely healthy, and we could still hope and pray.

That hope was shattered when before the delivery an obnoxious nurse came in and bluntly asked us what we wanted to do with the bodies.  I have never been more shocked.  These were my babies, my flesh and blood.  I hadn’t even considered the possibility of losing them, let alone making decisions about burial. The very word “bodies” seemed so dehumanizing. These were children I loved more than anything. I couldn’t see them as lifeless bodies. Seeing the impact that comment had on my wife (and myself), I ordered the nurse to leave the room.

There were no more illusions for either if us – any semblance of hope was gone.  It was just a matter of time.  I had been putting on as strong a performance as I could for my wife through the most trying and devastating of times, but that nurse’s comment was more than I could bear.

I had always believed that men don’t cry, but my babies were going to die, and I, their father, was powerless to save them.

Still I did not want my wife to see me cry.  I remembered the advice I had gotten from everyone about being strong, and I wasn’t going to fail now.  I stood vigil by my wife’s bedside for as long as I could, smiling and giving her encouragement, and then excused myself and broke down in the bathroom.

I was cognizant of the time, and did not want to be away from her for too long.  Several times I left the room, gave myself a chance to calm down and then put the smile back on my face and went back in to help my wife.

I did speak to a Rav who told me that given the stage of development we were under no obligation to ask the doctors to make Herculean efforts to save the babies, they had no chance of survival.  That is one of the decisions I have replayed in my mind thousands of times.  I don’t think there really is a “right” decision in those circumstances, but I have often wondered about having a little more time with them.  In retrospect, I believe that would have been a selfish decision, done for mine and not their best interest.

Thankfully, we were able to replace that cold-hearted nurse with my wife’s favorite nurse from the antepartum unit  – she selflessly volunteered to work a double shift for my wife’s sake.  I don’t think either of us could have stood dealing having the original nurse with us.

There was so much we didn’t know.  We had no idea what the babies would look like, how big they would be, how self aware they may be, etc. The nurse was honest but compassionate.  The babies would be very small, albeit likely fully formed. Their skin would be translucent because of the lack of any fat.  They would be reddish in complexion and they were likely too young to have hair.

My wife was starting to have painful contractions. She told the anesthesiologist that she really didn’t want to feel the pain of childbirth, especially given the outcome. The doctor flatly refused to give her an epidural.  He said he didn’t believe it was necessary because the babies were so small.  He was completely deaf to her pleas that she really didn’t want to have to feel this pain while losing her babies.  He gave her pain killers and abjectly refused to do anything more.

I don’t remember how much time we spent in this limbo, but as day turned to night, my wife and I thought it best to try and get a little sleep so we would have strength for the day ahead.  The couch in labor and delivery was not meant for long term use, and I remember trying to figure out if there was any way to get comfortable for a few restless hours of sleep.

There was one more thing weighing heavily on my mind: Every night since we found out about the pregnancy, I would make sure to say “goodnight sweetie” to each of them.  They were still very much alive, and I couldn’t imagine not expressing my love that one last time, but I was worried that it would upset my wife and lead to a complete breakdown on my part.  Perhaps this is when I first realized the incredible strength people can muster when they have to do so, but somehow I was able to wish each baby good night for what I knew would be the very last time with both intense feeling and emotion, and without losing my sanity.

Fortunately, at midnight a new anesthesiologist came on call, and he had no problem administering an epidural.  Sadly, the medication the first doctor had given could not be used in conjunction with an epidural, and she had no choice but to suffer eight hours of unnecessary pain until the epidural could be inserted.

About halfway through the night, my wife told me that her water broke.  It was only a matter of time now.  That also meant that for the rest of our ordeal, my wife was a niddah, and I could not halachically provide any more physical comfort during the most trying ordeal humans can endure.

After exactly eight hours the doctor came in and gave her the epidural, which helped minimize the physical pain for the rest of the process.  Now all we could do was sit and wait.  I stayed by my wife’s side, only interrupting my vigil to break down crying every few hours.

There are really no words to describe the birthing process.  As long as our babies were inside the womb, they were perfectly healthy.  Delivery was a death sentence.  All we could do was wait to deliver our babies to their deaths. 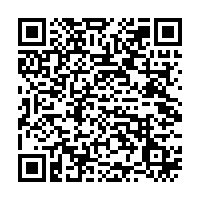