What was the untold story?

It begins, unfortunately, with a tragic streak that runs through Jewish history: the lack of unity among our people. In the ghetto there were two separate Zionist groups based on ideological differences. The right-wing Betar was led by Pawel Frenkel, the left-wing Socialists by Mordecha Anielewicz.

Juta Hartman was born in the city of Kielce in Poland to a traditional Jewish family. After the German invasion and the creation of the Kielce Ghetto, Juta, an attractive young woman, volunteered to climb over the walls and smuggle food and other necessities into the ghetto. On one occasion, the brave young woman was caught, but managed to slip away. Unable to return to the ghetto in Kielce, she continued her escape until she reached the Warsaw Ghetto.

There she joined the ranks of the Jewish Military Organization, the Jabotinsky followers’ first organized resistance in the ghetto led by 23-year-old Paweł Frenkel. They were the first group to smuggle weapons in. Juta served as a radioman in the organization and was responsible for the smuggling operation. She would leave the ghetto through the sewer systems and return with weapons hidden in double-bottomed buckets camouflaged with rotting fish. Their vast armament allowed this Jewish youth to rise up against the Germans and manage the fight with determination throughout the uprising. It was in Muranowski Square where the fighters erected two flags – the blue and white flag with a Magen David at its center, the pride of the Zionists, and the flag of Poland. Juta was on the rooftops and saw the Zionist flag flying above the ghetto; it filled her heart with joy and the memory remained with her until her last day. For four days, determined efforts by the Germans to capture and remove the flags failed.

Soon after, the Jewish Combat Organization under Mordechai Anielewicz began resisting as well. When the State was created in 1948 and the Mapai government came into power, the official narrative only consisted of this secondary uprising, and the history of the Jewish Military Organization’s initiative was deleted. Textbooks and history books didn’t mention it.

After the war, Juta married and had two sons. She became a grandmother of six grandsons and five granddaughters. Her grandsons were eager to reveal their grandmother’s earlier frustration with the unfair, inaccurate narrative of the Warsaw Ghetto Uprising. In recent years, with the publishing of Masada of Warsaw by Chaim Lazar and former Foreign Minister Moshe Arens’ Flags Over the Warsaw Ghetto, these wrongs have been slightly amended.

And finally, Yuval Haimovich-Zuser’s film, “The Warsaw Ghetto Uprising: The Untold Story,” gave Juta a chance to tell her story. “I visited her in the hospital on Friday where she was admitted unexpectedly, and she was still smiling. Now that she’s passed, there are no fighters left who can tell these stories. I never met such an Israeli hero. After our first meeting I was captivated by her charm,” Mr. Haimovich-Zuser related.

“She was a person with mental strength; only such people could fight and survive, build a family here and start everything anew with a smile and optimism. We will remember her as a fighter who is characterized by her love for people, love for Israel, and love of giving,” said her grandchildren on the day Juta Hartman left this world at age 92. 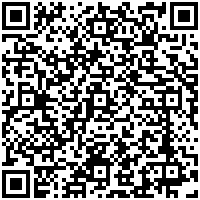