As David HaMelech aged, he sought to ascertain the day of his death.

“Oh, Master of the Universe,” he said, “I beseech you to tell me the day on which I will depart this earth.”


“This cannot be,” was the reply of Heaven, “for I have decreed that no man shall ever know the day on which he is destined to die.”

David was undaunted, however, and persisted in his attempt.

“Tell me at least the number of years that I shall live.”

Again the request was turned down.

“I have also decreed that no human soul shall know the number of years that he shall walk the earth.”

In desperation, David turned again to Heaven and cried out: “Oh, Lord of the Universe, if You will not tell me this, then at least inform me as to the day of the week when I am destined to pass from this world.”

“You are fated to pass from this earth,” came the reply, “on a Shabbos.”

The King Is Disturbed

When David HaMelech heard that the holy Shabbos, the day of rest and tranquility, the day of peace and holiness, was to be the day of his demise, he was deeply disturbed.

“I beg of You,” he pleaded, “to allow me to live one day longer so that I shall not be forced to depart on the holy Shabbos.”

“No,” was the answer, “for your son is already destined to begin his reign on the day following Shabbos, and two kings cannot rule at the same time.”

“Allow me therefore to pass away on Shabbos eve, but let me not be forced to die on the beautiful Shabbos.”

“I am sorry my dear David,” was the heavenly reply, “but one day of your learning Torah is dearer to me that the 1,000 sacrifices that your son is destined to offer to Me in the Temple that will be built.

“I cannot therefore bear to see you lose even one day of Torah.”

Seeing that the die was cast, David HaMelech came up with a plan to cheat the Malach HaMaves.

What did the sweet singer of Israel do? Every Shabbos from that day on, he would sit the entire day and study Torah. There was not a moment, not a second in the entire Shabbos period, that he was not immersed in Torah, for he knew that so long as he studied, the Malach HaMaves had no power over him.

Finally, the day arrived. The appointed Shabbos for David HaMelech’s passing was at hand and the Malach HaMaves was sent on his grim task to bring back the great man’s soul. However, to his chagrin, he found the king deep in study. He decided that he would stand by and wait for David to pause.

To his amazement and disappointment, however, David HaMelech showed not the slightest indication of stopping for even a moment.

The seconds became minutes and the minutes became hours and the Shabbos was fast drawing to a close. What to do?

The Malach HaMaves decided upon a ruse that he hoped would cause the king to pause in his study for just a moment. Going out to the beautiful garden in back of the palace, he began to shake the trees violently.

Hearing the commotion outside, David decided to find out who was disturbing his Shabbos. He continued, however, to learn as he walked out and down the steps leading to the garden.

But as he descended the steps, one step gave way under him and for just a second the great king paused.

That second was enough. The Malach HaMaves, seeing his opportunity, seized it and plucked away the pure soul of King David. The son of Yishai fell to the ground and died. 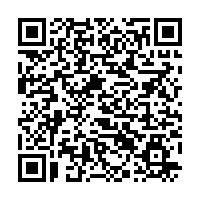