Former British Prime Minister Margaret Thatcher, the famous “Iron Lady,” often said that her greatest accomplishment was not her work in helping to topple the Soviet Union or being the first British woman to hold the post of prime minister, but rather her efforts “to save a Jewish teenager in Austria from the grasp of Hitler’s terror.”

Baroness Margaret Roberts Thatcher who led her country from 1979 to 1990, died this past April 8 of a stroke at the age of 87. Her unabashed, lifelong source of pride was her youthful activity on behalf of a Jewish girl.

Edith Muhlbauer, a 17-year-old Jewish girl from Vienna was Margaret’s older sister Muriel’s pen pal. In 1938 Edith wrote her British friend asking if her parents, the Roberts family, might help her escape from Hitler’s Austria. The Nazis had begun rounding up the first of Vienna’s Jews after the Anschluss, and Edith’ family feared for the worst. Alfred Roberts, Margaret and Muriel’s father, was a small-town grocer; the family had no funds to provide for young Edith. So Margaret, who was then only 12, and Muriel, five years older, set about raising funds in their community. They even succeeded in persuading the local Rotary club to help.

Eventually they brought Edith Muhlbauer to England from Vienna, where she stayed with more than a dozen Rotary families, including the Roberts, for the next two years, until she was able to join relatives in South America.

Edith bunked in Margaret’s room, and she left a lasting impression on the future Prime Minister. “She was 17, tall, beautiful, evidently from a well-to-do family,” Thatcher later wrote in her memoirs But most important, “she told us what it was like to live as a Jew under an anti-Semitic regime. One thing Edith reported particularly stuck in my mind: The Jews, she said, were being made to scrub the streets with toothbrushes!” For Thatcher this was an outrage, an unbelievable humiliation.

“Had the Roberts family not intervened,” Edith recalled years later, “I would have stayed in Vienna and would have become one of the victims of the Holocaust.” Thatcher never forgot the lesson: “Never hesitate to do whatever you can, for you may save a life” she told audiences when to Margaret’s delight, in 1995 Edith Muhlbauer was located, alive and well, in Brazil!

No wonder when in 1989, as the Berlin Wall fell, and British political leaders looked forward to a unified Germany, Thatcher stepped forward and said she was opposed. “If the country united and became a great Central European state, what was to stop it becoming authoritarian and trying to take over everyone else, just as it had before?” she asked.

Her amazing empathy for Jews prompted her energetic work to supplant British support for the Arab boycott of Israel and her hectoring of Soviet Union officials about the treatment of Jewish refuseniks, her inclusion of Jewish leaders in her cabinet, and her landmark visit to Israel–the first by a sitting British prime minister–will likely keep her as a cherished figure in the collective Jewish memory for a long time to come.

Vivian Wineman, the president of the Board of Deputies of British Jewry, described Baroness Thatcher as “always extremely supportive and admiring of the ethos of the British Jewish community.

“When she entered Parliament, her relationship with local Jewish institutions blossomed and continued throughout her illustrious career.

“She was unquestionably a great statesman of the later 20th century, and one who was a friend to the Jewish people and Israel.” 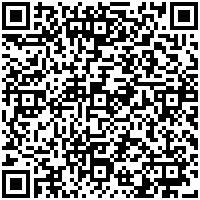