Mazal Elijah and her family had a very difficult life. As members of the Baghdad Jewish community, Mazal’s mother endured much suffering during what is known as the “Farhud Pogrom” or just “Farhud” in Baghdad, June 1941. Within 24 hours of the start of the pogrom, 250 people died. Mazal claimed that some Arabs were decent and tried to save Jews from the Farhud, yet other Arabs behaved horribly and sought to do the same to the Jews of Iraq as Hitler did to the Jews in Europe, yet they were fortunately stopped by the British. Thus, upon getting married around that period of time, her husband was drafted into the army, thus forcing her to move in with her parents so that she wouldn’t get killed. Eventually, he managed to escape from the army, yet for a while things were very uncertain.

After the Farhud, there was a period of calm, yet right before Israel became a state, things became unbearable for the Jewish community in Iraq. “It was impossible for children to play outside for there was a fear that the children would be kidnapped,” Mazal conveyed. “The Arabs hit Jews and there was no police to report it to for the police were corrupted. You could not report abuse to the police.” In Iraq, there were no social rights for Jews. According to Mazal, “All of the Arabs were against the Jews. Jews became like trash.”

Yet as if all of this were not bad enough, Mazal asserted that whenever there were weddings or bar mitzvahs in Iraq, one had to bribe the Iraqi Police in order to ensure the event went ahead peacefully. Otherwise, Arabs would show up and start abusing Jews at the event. Mazal asserted that during this period of time, right around Israel’s independence, continuous massacres against Jews occurred in Iraq and during these massacres, Arabs broke into Jews homes, stole whatever they wanted, and then flooded the homes, so that Jews would not be able to live in them anymore. Furthermore, Iraqi Jewish women traditionally would make preserved foods so that certain types of vegetables would be available in the winter months. The Arab thieves would eat up all of the preserves that the Iraqi Jewish women worked very hard to prepare, thus leaving Iraqi Jewish families with nothing.

The situation was especially dire for Iraqi Jewish women. Mazal asserted that rapes occurred all of the time and that if an Arab barged into your home and demanded to marry your daughter, it was impossible to refuse him. Iraqi Jewish women were forced to wear the face veil for their own protection. Pretty Iraqi Jewish girls were hidden by their families, so that Arabs would not demand to marry them. Women could not leave the home without an escort and they weren’t allowed to work, except to sew, knit or do beauty jobs for women. It was not even possible for Iraqi Jewish women to go out for a movie.

Yet as if that were not bad enough, sanitary conditions were horrible, as was the medical care. As a result, Mazal’s mother lost 14 children in Iraq due to these atrocious health conditions. She only managed to bring her four living children to Israel. Yet, even the children who lived didn’t have an easy life. Children’s dolls and games didn’t exist in Iraq during that period of time.

However, despite all of these atrocious living conditions, Mazal’s family hesitated to leave because they had many belongings that they didn’t want to part with. For this reason, they didn’t cross the border with Iran and from there go to Israel illegally, like other Iraqi Jewish families did. In the end, they left only when they were expelled from the country. Mazal and her family arrived in Israel without any clothes or food. The Israeli authorities provided them with food, yet her family struggled to eat it because the food given to them seemed too foreign and strange. For example, European-style tea was not dark enough for Iraqi Jews and thus originally they thought it was urine, implying undrinkable. Hot dogs seemed bizarre and not kosher as well.

Yet food was not the only problem. For their first three years in Israel, Mazal and her family lived in a tent instead of a house. This meant that for three years Mazal and her family were exposed to atrocious weather conditions. Sometimes the wind would blow the tent over. When her family was finally given a better place to live, it was a hut without a solid foundation. There were also no paved roads around where she grew up. Another child would be born in that hut under those conditions. 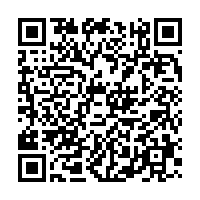