In her position as Minister of Culture and Sport, the attractive brunette, Miri Regev has, in my view, justifiably argued that state-funded artists or organizations must show loyalty to the State of Israel. She has called this a “Loyalty in Culture Initiative,” and has proposed legislation that would make support for a cultural institution dependent on that loyalty.

She has said that the group Breaking the Silence “hurts Israel’s image” and accused a gallery that had hosted a talk by the group of “holding anti-Israel political activities.”


Miri Regev was born Miriam Siboni in 1965 in Kiryat Gat to parents who immigrated to Israel from Morocco. Her father Felix was from Marrakech and her mother Mercedes from Spain.

As a teenager, the young girl expressed her love of Israel by joining Gadna in the Israel Defense Forces, where she became a platoon commander, serving in the position until 1986.

Simultaneously she attended university, earning a B.A. in “Informal Education,” and later an M.A. in “Business Education.”

In Gadna, she served as the IDF Spokesperson’s representative in the Israeli Southern Command. In 2002, she was promoted to the rank of Colonel in the position of Deputy Spokesperson. A year later, in preparation for the Iraq War she was appointed Coordinator of the National Public Relations efforts in the Prime Minister’s Office, later serving as the Chief Press and Media Censor. As such, the attractive young woman rose in 2005 to the rank of Brigadier General and to the position of IDF Spokesperson! Brigadier General Miri Regev served in this position during Israel’s withdrawal from the Gaza Strip in 2005 and the War in Lebanon in 2006.

In 2008, Miri Regev joined the political circles and became a Member of the Knesset in the Likud Party. In 2015, Prime Minister Netanyahu appointed Ms. Regev Minister of Culture and Sport in the new government.

Ms. Regev is married to Dror, an engineer at Israel Aerospace Industries and they have three children.

The minister is a religious Jewish woman. Despite her position as Israel’s Minister of Sports, in July 2016 she refused to participate in the 2016 Summer Olympics opening ceremonies because they took place on Shabbat.

I do believe the State of Israel needs more representatives like Miri Regev, who is described by the Leftist media as “the Likud Party’s attack dog, an outspoken politician who embodies a flag-waving, gung-ho brand of Zionism…”

Flag-waving, gung ho brand of Zionism is what the State of Israel and the Jewish world needs in the face of our numerous enemies, including those within our own ranks. Passionate devotion to our Jewish values is the only guaranty of the survival of Judaism. 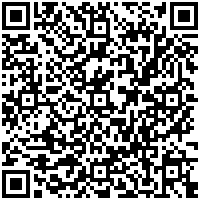