My life used to be simple.

When it came to salt, there were basically two kinds. There was that big red box of Diamond Crystal Kosher Salt that I use in cooking and that years ago used to be printed with the Yiddish words “grubbe zaltz” on the side of the box and came with DYI instructions for kashering chicken, not that I have ever used it for that purpose. And there was that round cardboard cylinder of table salt that I pull out whenever I need to refill the salt shakers. That was it – salt didn’t use to be complicated.

But today? Somehow a mini-army of salts have taken over my cabinets and I am not really sure how they got there or what I am supposed to do with them.

But let me backtrack a little.

Salt, chemically known as NaCl, is a natural mineral comprised of 40 percent sodium and 60 percent chlorine and is harvested in a variety of ways from waterways or underground mines. According to the good folks at Maldon Salt (more about them later), salt has historically been used as currency, to preserve mummies, was sprinkled onstage at Japanese theaters to keep away evil spirits and is quite adept at removing red wine stains. While we think of salt as a must-have kitchen staple, 94% of the salt manufactured in the world is used for non-food purposes, including water conditioning, agriculture, industrial chemicals and road de-icing.

But since this is, after all, a food column, let’s focus on the 6% of manufactured salt that ends up in our kitchens, starting with table salt and kosher salt, the two most commonly used varieties. Since the United States government placed a request in 1924 asking salt manufacturers to supplement their product in the hopes of reducing incidents of goiter in certain parts of the country, table salt typically contains iodine, a vital component of the daily diet. Table salt also has anti-clumping agents that allow it to flow freely and consists of fine, evenly shaped grains. Kosher salt, on the other hand, is flakier and is made up of larger particles, which make it ideal for drawing blood out of chicken during the kashering process. Because of its texture, kosher salt has become a chef favorite – it is convenient to work with and offers better control than a finer salt. In recipes where you are tasting as you go, you can easily substitute one variety for the other, but when measuring salt by volume, it is important to realize that because table salt packs more densely into a measuring utensil than the irregularly sized kosher salt, you will get much saltier results if you accidentally use table salt instead of kosher salt.

Interestingly enough, even kosher salt can vary from brand to brand. When I kept spilling salt on my counter because Diamond Crystal Salt removed the metal pour spout from the side of its packaging a while back, I decided to switch to Morton salt to avoid the messes and waste. It took quite a few months for me to realize that because of its more compact grains, the Morton salt was actually saltier than an equivalent measure of Diamond Crystal and I had to cut back on the amount that I was using to compensate for the difference in size.

I confess that sea salt, a pricier version of sodium chloride, had me mystified for quite a while. I bought a canister of it a while back for a particular recipe, but other than that one dish, I really didn’t have a clue how to use it. It turns out that sea salt, which is produced through evaporation of ocean, lake or sea water, can contain traces of minerals because it typically isn’t processed and is actually available in various textures. The brand I bought had the consistency of table salt and could therefore, be used accordingly, but sea salt comes in many, many varieties.

Cultivated in the marshes of Maldon, England whose low rainfalls contribute to higher salinity, the aforementioned Maldon salt has unique pyramid shaped flakes that make for a great finishing salt to be sprinkled daintily on meat, veggies or even chocolate covered Oreos just prior to eating. (Trust me on that one, it is a great combination.) According to Bon Appétit, Maldon is the salt of those in the know in the culinary world and has a cult like following among chefs, and as I write these words there are three tiny tins of Maldon salt tucked safely into an envelope ready to be handed off as a parting gift to my own resident foodie, my 17-year-old daughter, before she leaves for her post high school year in Israel. After all, I can’t really expect her to manage in seminary with just ordinary table salt, can I?

And then there are the other salts that have somehow made their way into my kitchen. There is the grinder filled with gorgeously rosy Himalayan sea salt, which hails from Khewra salt mine in the Punjab region of Pakistan, and the tin of grey Celtic sea salt. Both owe their unique hues to naturally occurring minerals and elements and can add stunning impact and a burst of flavor when freshly ground onto a plate of food just before it hits the table.

With all of those different salts, the question remains – do any of them actually taste any different? The simple answer is not really. Yes, you may notice the difference when you bite into something that is topped with a larger crystals of salt, but once you dissolve salt in water, it all tastes pretty much the same no matter what color they are, where they hail from or what size granules they come in. There are those who will argue that trace minerals or the addition of iodine may alter the taste, but I would venture to say that most people wouldn’t notice the difference from one to the other. So yes, you may find me grinding pink sea salt onto a platter of zucchini, or sprinkling Maldon salt onto a perfectly done steak, but all in all, salt is just salt no matter what format it comes in, although different types of salt may be better suited to some purposes than others.

Finally, there are many claims about the health benefits of certain salts and the magical healing powers of Himalayan salt lamps that can change the electrical charge in the air. I will be the first one to admit that I know nothing about any of these topics, so before springing for any of these items, it pays to do your homework, or maybe, as they say, just take all of those promises with a grain of salt.

Preheat the oven to 350°F. Line a 9-inch pan with parchment paper.

In a large saucepan, melt the butter with the unsweetened chocolate over very low heat, stirring occasionally. Remove from the heat.

One at a time, whisk in cocoa, sugar, eggs, vanilla and flour.

Pour the batter into the prepared pan and smooth out.

Sprinkle the salt evenly over the top, then swirl into batter.

Bake in the center of the oven for about 35 minutes, until a toothpick inserted into the center comes out coated with a little of the batter.

Let the brownies cool at room temperature in the pan for 1 hour, then refrigerate just until they are firm, about 1 hour.

Can be refrigerated for up to 3 days, and frozen for up to 1 month. 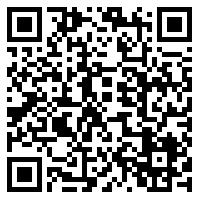