A direct descendant of the Baal Shem Tov, the legendary founder of Chassidism, Miriam Reichverger Friedman, herself a luminary in chassidic history, passed away this past June at the blissful age of 101.


Matriarch Miriam’s lifespan included the Russian Revolution, the oppression of Soviet Russia, the chaos of post-World War II Europe, and the birth of Chabad Chassidism around the world.

She was born in the winter of 1916 during World War I to Reb Yosef Baruch and Ita Menuchah Reichverger in the Ukrainian town of Kuzmyn. Her father was the rabbi of the town, as well as a highly-respected scholar and linguist. However, his Torah scholarship was declared a “crime” by the Communist government and Reb Yosef Baruch a “parasite,” forbidden to practice his rabbinic profession. As the family was in dire need, Miriam’s older brother, Mordechai, was forced to leave home at age 13 in order to provide for them.

On one occasion, Reb Reichverger was denounced by his neighbors, and promptly arrested by the Communist authorities for singing cantorial music in his home. On another occasion, Miriam’s younger brother, Yisroel Tzvi, was found translating a Russian literary text into Hebrew. He was arrested and sent to Siberia, never to be seen again.

Despite the dangers, Rabbi Reichverger made sure to tutor his daughter, Miriam, in Judaic studies. Naturally inclined toward mathematics, she enjoyed gematria and studied bookkeeping, a skill she would come to use later in life.

As the Germans advanced into Soviet territory in 1941, Miriam and her parents were evacuated to Tashkent. It was there that the Reichvergers became acquainted with and deeply impressed by a young man named Yaakov Moshe Friedman, who was always ready to help anyone in need.

Miriam and Yaakov Moshe were married in Tashkent in 1944. At that time, the young couple happened to develop a relationship with Chabadniks who were helping the many Jewish refugees in the city. With the war in Europe over, the couple went to Lodz where Yaakov Moshe met Dr. Jacob Griffel of the Vaad Hatzalah, an American organization that endeavored to rescue survivors from the Holocaust. At his behest, the young couple traveled to Prague, then a way station for Holocaust survivors looking to rebuild their lives. The Friedmans made their home in Prague and applied themselves to the rescue operation.

In the late 1980s they moved to Brooklyn. Yaakov Moshe became an administrator at the Central Lubavitcher Yeshivah and Miriam balanced caring for her growing family and working as a bookkeeper at various Chabad organizations. Her home on Montgomery Street was open to all. In addition to the countless tzedakah collectors who knew they were always welcome there, others would come for a fresh bed, awarm meal and a kind smile.

In her later years, Miriam watched with pride as her descendants took up positions in the Rebbe’s extensive network of Chabad shluchim and in the world of Jewish music – Rabbi Manis Friedman and Avraham Fried are just two of her well-known children. 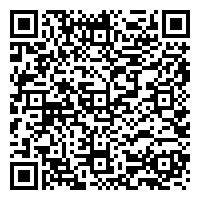