Nikki Haley is the United States Ambassador to the United Nations, and one of the most trusted members of President Trump’s inner circle.

As soon as Haley took office she declared that the “Palestinian ‘right of return’ should be off the table,” referring to the Trump administration’s approach to the peace plan. Though the thinking in Washington isn’t new, this is the first time it has been an official policy shift, an obvious impact of her pro-Israel views.


Multi-talented Nikki Haley once served as the Governor of South Carolina, becoming the first female governor of the state. She was also a member of the South Carolina House of Representatives.

Nikki Randhawa met her husband Michael Haley as an undergraduate while attending Clemson University in 1989. Michael graduated from University of North Carolina at Charlotte with a degree in business administration, while Nikki graduated from Clemson.

Their marriage was a measure of respect for their individual backgrounds – the colorful Sikh ritual was followed by the Methodist ceremony.

Today, Michael is an officer in the South Carolina National Guard, employed as a federal military technician. Before getting his job as a military technician, he worked for Nikki’s mother, Raj Randhawa in her multi-million dollar clothing business.

In January 2012, he was sent to Afghanistan as part of a “Agribusiness Development Team.” The team helped Afghan farmers improve their techniques and develop cash crops to replace their opium poppies.

Being a military spouse is one of the most difficult things people can experience, Nikki confessed, adding that when her husband returned, she was able to take her “first breath in a year.”

When Nikki served as the Governor of South Carolina, he became the First Gentleman – the first man to hold that position. He was also the chairman of a foundation that oversaw preservation and management of the South.

Nikki and Michael have two children, daughter Rena, 20, and son Nalin, 16. Raising two teenagers at the same time can take a toll on you, but it looks like these unusual parents manage to overcome the difficulty.

A glance at Nikki’s features, her radiant smile, tells the story of a loving, close-knit family. 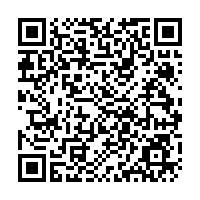