The high-ranking Nazi officers and their wives were flattered to have Alizia El Nassari, the beautiful, poised Arab aristocrat as a guest at their parties. One German general was so enchanted with the patrician brunette that he insisted she was of royal blood, and began addressing her as “Princess El Nassari.”

The title and the name were a spectacular camouflage for Rachel Schwartz, a young Jewish widow in Poland under Nazi occupation. The guise of the beautiful Arab princess was a fortunate ploy which saved not only her life and the life of her little daughter, but a great many other Jewish lives as well.


How did a Jewish woman in Poland become an Arab princess and an honored guest in Nazi social circles? And how did she use her fictitious identity to save Jewish lives?

Rachel’s fascinating history begins in Zichron Yaakov, one of the first pioneering settlements in Eretz Yisrael. Her parents, a young idealistic couple, and members of BILU, went to build Eretz Yisrael in the 1880’s. During the course of her own pioneering activities, Rachel met Dov Matpes, one of the founders of Kibbut Bet Alpha, who was from Lvov, Poland. Shortly before their marriage, Dov was injured in a work accident. Unable to provide medical treatment for its young member, the kibbutz leadership suggested that Dov return to his affluent family in Poland until he recovers.

However, Polish Jewry under impending German occupation was impoverished by business boycotts, and by the time Dov recovered he needed to help support his parents and pushed off his return to Eretz Yisrael.

Soon German troops marched into Warsaw and carried out random massacres of Jews; Dov become one of their first victims. After Dov’s murder Rachel assumed the responsibilities of provider for the family and her infant daughter.

As a qualified dietician and nurse, she managed to obtain a position at a local maternity hospital. One day Rachel overheard her fellow nurses refer to her as a “stuck up Jew girl” – an extremely hazardous remark in Nazi occupied Poland. Rachel knew she had to act instantly to save her life. A friend skilled in forgery invented an alias that would fit Rachel’s appearance, and so the myth of the Arab aristocrat Alizia El Nassari was born. The forger altered Rachel Schwartz Matpes’ passport, and had it translated into German.

The notary authorizing the German copy was the first in a long line of officials to be positively disposed towards the charming “Arab” woman, and issued her a German identity card. With this card Alizia El-Nasari applied for a position at a military convalescent home. The German officer in charge, Captain Peter Bentschen, was captivated by Alizia, and took the young “Arab aristocrat” under his protection. He provided a home in the restricted Aryan section of the city for Rachel, her little girl and a Ukrainian nanny, together with generous food supplies delivered by Jews assigned to his work detail. Soon Alizia asked for other Jewish “help,” moving a great number of Jewish men and women into the exclusive “Aryan” apartment. It took constant vigilance and diplomacy to keep Captain Bentschen unaware that he was sheltering and feeding a great number of Jews.

After the war, Rachel joined Dr. Leon Kupfelberg’s rescue committee in Cracow, which helped redeem Jewish children from Christian families and convents. The two eventually married and reached Israel where Dr. Kupfelberg changed his name to Arye Arad, and assumed a diplomatic post in the Ministry of Trade and Industry.

A final note of irony to Princess El-Nassari’s tale: as she had no proof of her Jewish identity Rachel was barred from entering Israel! She was finally admitted to her beloved homeland on the testimony of her parents in Zichron Yaakov. 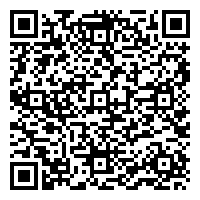