Counter-value and counterforce strategies are essentially alternate theories of deterrence, differential nuclear postures in which a state chooses to primarily target its strategic weapons on either its presumed enemy’s “soft” civilian populations and supporting infrastructures or on that same enemy’s “hard” military assets.

Although seemingly in prima facie violation of humanitarian international law, or the law of armed conflict (because it would apparently disregard the binding obligation to protect noncombatants), it is still reasonable to maintain that employing counter-value targeting doctrines could more persuasively reduce the probability of a nuclear war. In essence, therefore, a national commitment to assured destruction strategies could effectively be less corrosive, and ultimately, more humane.


It is also plausible that a state contemplating counter-value versus counterforce targeting issues would opt for some sort of “mixed” strategy. In any event, whichever deterrence strategy a state (Israel) might choose, what would really matter most is what the pertinent enemy state (Iran) would itself perceive as real. War can be microcosm. Recalling classical Prussian military strategist Carl von Clausewitz, on “foggy” strategic matters the most authentically meaningful reality is always perceived reality.

In choosing between the two core targeting alternatives, Israel could decide to opt for nuclear deterrence-based disproportionately upon assured destruction strategies. Here, in the negative consequence column, it could run an enlarged risk of “losing” any nuclear war that might actually arise. This is because counter-value-targeted nuclear weapons, by definition, would not be designed to destroy military targets.

If, on the other hand, Israel were to opt for nuclear deterrence based primarily upon counterforce capabilities, its Iranian enemy could then feel especially threatened, a potentially precarious condition that could then, incrementally, heighten the prospect of an enemy first-strike, and thereby of an eventual nuclear exchange.

There are also intervening variables to be considered. Israel’s strategic decisions on counter-value versus counterforce doctrines should depend, at least in part, on its prior investigations of: (1) enemy state inclinations to strike first and (2) enemy state inclinations to strike all-at-once or in stages. Should Israeli strategic planners assume that a nuclear Iran is apt to strike first, and to strike in unlimited fashion (that is, to fire all or most of its nuclear weapons right away), Israeli counterforce-targeted warheads, used in retaliation, could hit only empty silos/launchers. Anticipating these particular circumstances, Israel’s only determinable application of counterforce doctrine could then be to strike first itself. Needless to say, any such thought of an Israeli nuclear preemption, even if technically “rational” and/or legal, would and should be dismissed out-of-hand.

Concerning specific issues of law and nuclear weapons use, the UN’s International Court of Justice, in a 1996 advisory opinion, ruled that even nuclear weapons could be used permissibly, when the “very survival of a state would be at stake.”

If, for whatever reason, Israel were to reject all residual preemption options, there would be no compelling reason to opt for a counterforce strategy vis-à-vis Iran. Rather, from the critical standpoint of persuasive intra-war deterrence, a counter-value strategy would likely prove more appropriate. With this in mind, The Project Daniel Group (2003) had earlier urged Israel to “focus its (second-strike) resources on counter-value warheads….” This suggestion is still valid today.

Should Israeli planners ever assume that an already-nuclear Iran is apt to strike first but, for whatever reason, to strike “only” in a limited fashion, holding some measure of nuclear firepower in reserve for anticipated follow-on strikes, Israeli counterforce-targeted warheads might then display certain damage-limiting benefits.

Moreover, counterforce targeting preparations could serve an Israeli conventional preemption, either as a vital counter-retaliatory threat or, should Israel decide not to preempt, as a threatened Israeli retaliation. For example, should an Israeli defensive first-strike (conventional) be intentionally limited, perhaps because it would have been coupled with a calculated quid-pro-quo of no further destruction in exchange for an enemy cessation of hostilities, recognizable counterforce targeting preparation could serve to reinforce an Israeli counter-retaliatory strike. Here, Israel’s attempt at intra-war deterrence could simply fail, occasioning the need for follow-on damage-limiting strikes.

In his illuminating 1982 book, The Bar Kokhba Syndrome, Yehoshafat Harkabi, a former chief of military intelligence in Israel, chose to examine a calamitous Jewish-historical event from the second century (132-135 A.D/CE). More precisely, Harkabi sought to understand how an ill-fated ancient uprising could have pushed the Jewish people to the very outer margins of history and, more important, how specific strategic lessons might still be learned from that endeavor.

He concluded as follows: (a) “In policy-making, to take a risk and to make sacrifices occasionally is necessary, but there is a limit to the dangers worthy of risk, for national existence is never to be jeopardized;” and (b) “…in (specifically) nuclear circumstances, refrain from a provocation for which the adversary may have only one response, nuclear war.”

Evaluated in terms of Israel’s present and unprecedented security concerns, it appears that Harkabi would now favor virtually any promising Israeli strategies intended to prevent Iran from becoming nuclear, but – failing that preferred option – would then urge implementation of maximally stable nuclear deterrence between the two adversary states. Yielding the smallest expected probabilities of catastrophic failure, this presumptively optimal system of dissuasion would be designed to convince Tehran that any actual use of its nuclear weapons in warfare, even in retaliation, would be irrational.

Strategic thinking is a net. In the Middle East, only those who cast will catch. 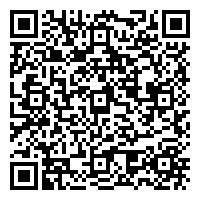