Dr. Yelena Bonner’s speech at the Oslo Freedom Forum in May 2009, celebrating survivors of political oppression and persecution, could have been delivered today. Widow of world-famous nuclear scientist and human rights activist, Dr. Andre Sakharov, and an outstanding activist in her own right, Yelena Bonner was invited to speak of the suffering she endured in Stalinist Russia. Instead, the 86-year-old leader of the Russian human rights movement chose to speak about Israel and the Jews. Why?

“… not only because I am Jewish,” she explained, “but above all because the Middle Eastern conflict since the end of World War II has been a platform for political … gambling by the great powers, the Arab countries and individual politicians, striving, through the so-called ‘peace process,’ to make a name for themselves…” ignoring the Jews’ just claim to their land. To underline her message Dr. Bonner read several citations from Sakharov: “Israel has an indisputable right to exist,” and “All the wars that Israel has waged have been just, forced upon it by the irresponsibility of Arab leaders.” Then, a final clincher: “With all the money that has been invested in the problem of Palestinians, it would have been possible long ago to resettle them and provide them with good lives in Arab countries!”

“Now there is a new motif currently in fashion,” she continued: “Two States For Two Peoples. It sounds good. And there is no controversy in the peace-making Quartet, made up of the U.S., the UN, the EU and Russia… The plan Two States For Two Peoples is the creation of one state ethnically cleansed of Jews, and a second one with the potential to do the same thing. A Judenfrei Holy Land – the dream of Adolph Hitler comes true at last!” she exclaimed. Today, I feel alarm and hope,” she concluded. “Alarm because of the anti-Semitism and anti-Israeli sentiment growing throughout Europe and even further afield. And yet, I hope that countries, their leaders, and people everywhere will recall and adopt Sakharov’s ethical credo: ‘In the end, the moral choice turns out to be also the most pragmatic choice.’”

Yelena was born in Merv, Turkmenistan, USSR to Ruth Bonner, a Jewish Communist activist. Her stepfather, Gevork Alikhanyan, who had fled the Armenian Genocide in 1915 to Tbilisi, was a prominent Armenian Communist and a secretary of the Comintern. She had a younger brother, Igor, who became a career naval officer.

Yelena and Igor’s parents were arrested in 1937 during Stalin‘s Great Purge; her father was executed and her mother was dragged away to a forced labor camp. Yelena became a war nurse, and after being wounded twice, was honorably discharged in 1946. She went on to attend medical school where she met and fell in love with fellow student, Ivan Semyonov. The two young doctors married and Yelena became the mother of Tatiana and son Alexei.

Unfortunately, Yelena was not granted the joy of family life for long. Her involvement in the Soviet human rights movement triggered her fear for the lives of her two children, orchestrating their flight to the United States and the eventual termination of her marriage.

In 1972 she married nuclear physicist and human rights activist Andrei Sakharov. When Sakharov, awarded the 1975 Nobel Peace Prize, was barred from travel by the Soviets, Yelena, herself a recipient of many international human rights awards, including the Czech Republic Order of Tomas Masaryk,  represented him at the ceremony in Oslo. 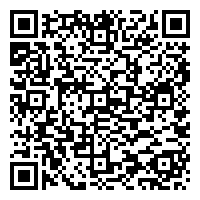