At the request of many readers, this column is a follow-up to my recent interview with Captain Eilon Even-Esh of Israel on the issue of bullying. The interview’s purpose was to seek solutions to the bullying problem in the frum community.

Here are two stories from Captain Even-Esh about bullying:

Learned victimization: A Brooklyn mother complained that her son was acting “not like himself.” He was talking disrespectfully to her and his rebbeim. This was an entirely new phenomenon since the mother reported that, “he has always been such a respectful boy.” She thought that he was simply feeling restless and perhaps a bit stressed from his studies. Since her son recently showed an interest in mixed martial arts, she thought that the exercise and discipline would help alleviate his outbursts. She called me to set up a lesson.

Every first lesson is different as each person has a different history. My first question is: “Have you ever been physically threatened? If so, what happened?” If the reply is in the affirmative, I deconstruct the event and show the client a technique that could have been used as a defense in the situation. In his case, the boy mentioned an incident whereby a stranger pulled up in front of his house and asked him and his brother to get in the car. The man almost came out of the car to grab them.

During the lessons he told me about a bachur in his class who picks on everyone to the point that he was threatened with expulsion. I asked the obvious question: “Does he bully you?”

“He bullies everyone,” he answered. “No big deal, really.”

I asked him to describe exactly what transpires that makes him feel that he is being bullied. As the boy offered the details, his voice became quieter and his face reddened. I noticed that he was holding his breath. Yet he still maintained that it was “no big deal.”

But it was a big deal. This very nice boy was at the receiving end of constant psychological and physical abuse. In essence, he learned to play the role of victim. Continuing our conversation, he realized that this was a problem that bothered him more than he was ready to admit. He and I immediately started training in the relevant techniques, and I informed his mother that we might have found the reason for her son’s behavioral change.

A story that touches the heart: This disturbing story is not a classic case of bullying; rather, it is a story of one child’s sociopathic act of cruelty toward another.

A mother from Queens confided to me that her child was brutally molested and sexually abused for three years without her knowledge. My gut reaction was to visit the Megan’s List website for registered sex offenders in that area (www.criminaljustice.ny.gov). To my horror, the mother said that the abuse was at the hand of another minor who, thank God, was now removed from their life.

With the blessing of the family’s rabbi and help from proper therapists, we started the training under the mother’s watchful eye. We focused on how to defend one’s self against a larger attacker in very close quarters. It was a pleasure to see the child’s eyes brighten upon realizing that there was an answer to his very difficult situation. Between drills, the child would smilingly run to his mother and hug her.

The child and I are still training under the mother’s close attention. The sense of empowerment and improved wellbeing I have witnessed in this child is truly humbling.

I wonder why bullying exists in our community and in society at large? I was very surprised at a 30-year-old client’s explanation. 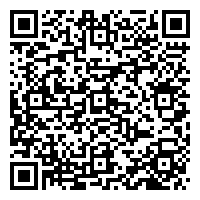