My husband and I spent Sukkot at Maaleh HaChamisha (The Hill of the Five), near Jerusalem, on the very top of the tallest Judean Hill.  Near the entrance is a massive monument commemorating the five heroes for whom this site is named.

For me the beauty of the spot is suffused with the history of six Zionist pioneers from the Ukrainian town of Kaminiz Podolsk and Preluki who settled the land in 1916, were joined the next spring by twenty more from Odessa, and in 1936 by the Gordonia Zionist group from Galicia, Poland.


On November 9, 1937, five men planting trees were ambushed and cruelly murdered by Arab terrorists – hence, The Hill of the Five.

At one point I needed to see the hotel physician. The nurse, with deep concern in her dark blue eyes, asked: “I can see you do not feel well. What is your complaint?”

When I admitted that I had a severe headache, she ushered me into her office, gave me a thorough examination and prescribed a medication for alleviating the pain. I was stunned not only by her extraordinary sensitivity and caring but by her medical expertise. Who was she?

Zinna Abrams had been born Zinaida Abramovich in the Ukraine. During World War II her family escaped during the German advance, fleeing all the way to Siberia. While there, Zinaida got married and had a daughter. However, her marriage was not happy, and it ended after three years. Shortly thereafter the Abramovich family moved to Uzbekistan where their living conditions greatly improved.  It was there that Zinaida earned a medical degree from the University of Uzbekistan.

In 1991, she moved to Israel with her daughter Nona, settling in Jerusalem.  Finally, they felt at home. Zinaida Abramovich became Zinna Abrams and “immediately felt Israeli.” Even Nona, who had not had contact with Jews or Jewish practices, felt drawn to Judaism and to Jewish learning. In her search for Torah study she met a yeshiva-educated young man, whom she married. Today they are the parents of nine children, all yeshiva-educated and strictly Torah observant. They live in the settlement of Adam, a lovely community north-east of Jerusalem, established in 1984 (and named after Yekutiel Adam, a former Deputy Chief of Staff of the Israel Defense Forces who had been killed two years previously on the Lebanese front) where Zinna visits daily, baby-sitting, helping out with house-keeping and generally delighting in her daughter’s happy home.

In 1993 Zinna Abrams became part of the medical staff of Maale HaChamisha, radiating kindness and sensitivity towards those who need her help, many of them elderly Holocaust survivors sent there for periodic rest. 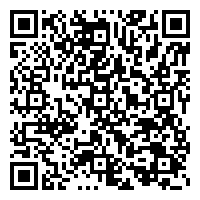