Home Sections Jewess Press Senseless Love
Share on Facebook
Tweet on Twitter
One month ago, humanity woke up to a very dark world.
Has there ever been such a clear-cut line drawn between good and evil, between darkness and light?
As we have all learned by now, Gaby and Rivki Holtzberg were two young Chabad emissaries, only in their twenties, who chose to leave the comforts of home and family to live in far away Mumbai, India, with the sole goal of bringing the light of Torah, of spreading greater joy and meaning to their fellow Jews.
The terrorists were also young  − in their mid-twenties, and they also chose Mumbai as their destination. They too were dedicated to their goal, and spent years in training for it  − but their goal was to darken lives, to bring pain and destruction, and wreak horror and havoc.
And this past week, though our world became a darker place, the clarity between these polar opposites, between good and evil, became as clear as day.
Unfortunately we live in a world where horrors happen. Too often, people die young, children are left orphans. Crimes and wrongs are needlessly perpetrated.
We usually read about these things. We sigh. We say how horrible they are and then moments later we continue on with our lives.
But with this atrocity in Mumbai, somehow we are all not just moving along. It is affecting us. We’re outraged. We’re incensed, consumed with sadness, with pain. We sense that this is somehow more tragic. Because of its senselessness. Because of the clearly drawn lines between the forces of good and the evil.
The end of the book of Daniel is a prophesy about our time, describing events as follows:
At the end of days, things will become abundantly clear. Evil people will be exceedingly evil and good people, devoted to helping others, will shine like the bright stars in the sky.
So how do we react to this? What now?
We need to direct our outrage, our pain.
We need to follow the example of Rivki and Gabi, whose lives were dedicated to unconditional love and unity − of reaching out to every one of their fellow Jews as brothers and sisters, without judgment, without condescension, without focusing on differences − but only with love and unity.
On a very practical level, what does it mean to each of us?
We all have someone, against whom we harbor something −  a grudge, or a hurt that we still hold within our hearts.
“Maybe he shouldn’t have reacted the way he did”; “maybe she really did blow this out of proportion.” “Maybe he does have an uncontrollable temper,” and “maybe she really is too stingy.” And “maybe they really have an entirely different world view than my own.”
Does it really matter? Isn’t now the time to get past that, get beyond our petty limitations to find the connecting threads of unity?
So, reach out. Pick up your phone and call that person that you haven’t spoken to for months. Get together with that relative. Gather around the Shabbat table. Gather around the beautiful Chanukah lights.
Let us make this year a year full of connections, heart-warming gatherings, of unconditional, absolute unity.
Let’s fight the senseless hatred in our world, with our own senseless love.
Because we want little two-year-old Moishele to grow up in a better world than the one he now knows − a world where there is no room for senseless evil, because it is filled with too much love.
[In honor of the shloshim for Rabbi Gavriel Noach (Gaby) and Rivka (Rivki) Holtzberg, directors of Chabad-Lubavitch of Mumbai, and all the other innocent souls who perished at the hands of terrorists in the Mumbai Terror Attacks.]
Watch a four-minute powerful video of “Senseless Love” on Chana’s In Touch video blog at chabad.org/779256 or chabad.org/InTouch.
Chana Weisberg is the author of several books, including Divine Whispers-Stories that Speak to the Heart and Soul and Tending the Garden: The Unique Gifts of the Jewish Woman. She is an international inspirational lecturer on a wide array of topics and an editor at chabad.org. She can be reached at cweisberg@chabad.org.
Advertisement 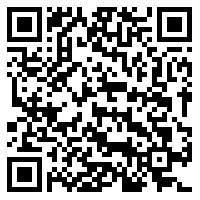