Home Sections Travel ‘Kosher’ Certification Of A Different Kind
Share on Facebook
Tweet on Twitter
JERUSALEM – Israeli restaurant owners are well accustomed to the question “Do you have a teuda?” referring to the official certificate deeming all food and food preparation to be kosher in accordance with halacha. Yet, as a result of the efforts of Bema’aglei Tzedek, a Jerusalem based non-profit organization, consumers are now on the lookout for a second type of certificate indicating that the restaurant conforms to a completely separate set of “kosher” guidelines – good employment practices and accessibility for the disabled.

Called the social seal, or tav chevrati in Hebrew, the certificate, which is now being prominently displayed in over 300 Israeli eateries from Jerusalem to Tel Aviv and various other locales, was introduced by Bema’aglei Tzedek to combat what the organization’s director, Asaf Banner, calls “an all too often ignored, yet deeply troubling aspect of Israeli society.”

Says Banner, who was among the organization’s founders in 2004, “The way that tens of thousands of workers all over Israel are being treated without regard to their most basic human rights was a situation that demanded to be addressed. We saw that the social seal was a great way of bringing attention to this issue.” While the campaign began locally in Jerusalem with organization representatives using the seal as a means to promote the good labor practices of shop owners, it has quickly gained steam and spread across the country.

Roey Zisman, who manages the popular Coffee Bean & Tea Leaf Café on Jaffa Road in downtown Jerusalem, believes that the seal is something many of his customers greatly value as well as acting as a motivating factor for employers to improve worker conditions. “The Social Seal is very important in our relationship with our workers,” says Zisman. “I hear many people coming in and asking about it and we feel that there is a large clientele that comes to eat with us because of it.”

Since its founding, Bema’aglei Tzedek has been active within the Israeli school system and in the country’s numerous youth movements. Marla Haruni, a New York native and Jerusalem resident, said her children taught her about the seal and since that time the family will only visit eateries that have received the organization’s approval. “My children have really come to view the Social Seal with the same level of importance as the kosher dietary certification,” the mother of four said. “I think it’s crucial that people recognize that a restaurant being truly kosher requires that they act in accordance with all Jewish values beyond just ensuring that the food is prepared properly.”

In order for an eatery to receive the seal, representatives of the organization visit the restaurant and observe overall conditions as well as speak with the workers. According to Banner, several seals have been revoked after it was reported that workers’ rights were being repeatedly violated. Violations include cases where workers are being denied breaks or being paid below the legal minimum wage, or where the restaurant is lacking appropriate access for the handicapped.

The seal has also gained the attention of members of the Israeli Knesset across the political spectrum. Amir Peretz, who until recently served as Israel’s Defense Minister and was the longtime head of the Histadrut national union, said the seal is establishing a new standard of ethical practice in Israeli society and that “highlighting the issue of worker’s rights will create a better future for the people of Israel.” Zevulun Orlev, a member of the Mafdal party, notes that this effort brings to the forefront an issue that is of critical nature to the national and Zionist cause. “In order for us to be a fair and just society,” he says, “it is necessary that workers have the assurance that they will receive the proper treatment and compensation they deserve.”

On July 3rd, the fast day of the 17th of Tammuz, Bema’aglei Tzedek held a conference at Jerusalem’s Rose Garden across from the Knesset entitled “Fighting the Exploitation of Custodial Workers” – one of numerous events throughout the year advancing this cause.

Rabbi Shlomo Riskin, chief rabbi of Efrat, addressed the conference that attracted approximately 1500 according to police estimates, stating that despite often being pushed to the side of the social agenda, workers’ rights is something which is deeply entrenched in Jewish values. “The Torah teaches again and again that our ability to stay on this holy soil of Israel depends on our being a holy people specifically in the realm of human relations – including those between employer and employee,” he said.

Attendees included North Americans visiting Israel. Rabbi Chaim Sidler-Feller, director of the Hillel at UCLA, said the lessons being conveyed were important ones for a younger generation that often can feel alienated by Jewish traditions. “This effort serves to show the ‘operationalization’ of Judaism by displaying how values are not just in the mind but need to be acted upon.”

Asaf Banner believes that the social seal truly has the potential to change how an Israeli society often ambivalent about these types of issues views the question of how its workers are being treated. “For every additional restaurant or café that joins the ranks of those bearing the social seal we feel that we’re making that much more of a difference,” he says. “As more and more consumers become familiar with this seal, we know business owners across the country will begin to take notice and at that point anything is possible.” 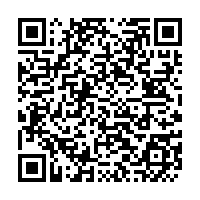