When one is blind one learns to use Braille to read. When one cannot walk, a wheelchair gives mobility. Sign language allows a mute person to speak and ocular implants assist in hearing when one is deaf.  These are all compensatory strategies that help a person function despite his disability. But compensatory strategies are not just for physical problems. Understanding our psychological weaknesses and setting up our lives to ensure that we are not tempted to repeat our past mistakes, is as necessary as any aid to the disabled.

We put fences around the Torah. We are instructed in areas of yichud, muktza, tznius and beingshomrei negia, all for the purpose of helping us deal with our human frailties.  We are also obligated to know our own weaknesses and limitations and to do our best to keep away from temptations.

Yisroel was a productive 30-something young man. He had been a respected member of his community since moving there 10 years ago as a newly married man.  No one in his circle of friends had any idea of Yisroel’s destructive teen years and he had no desire to share those experiences with anyone. As a teen, Yisroel had been a drug addict. He had stolen money to support his habit. Because he was young, most of what he stole was from his parents.  He had felt certain that his parents would never have him arrested and so felt safe stealing from them. In the end, however, his parents did have him arrested.  He had been given the choice of jail or a rehab center and that was the beginning of his journey back.

But that was years ago. Over time Yisroel’s parents became less careful of where they put their valuables and checking how much money was in their cash drawer or wallet. But Yisroel was scared of his past. He knew he could regress if he wasn’t careful. And so he built fences around his old areas of weakness making it more difficult for him to be tempted back to his old ways.

One day Yisroel called his parents to ask for a loan of $500. Since he lived in Israel and they in the US, his father needed to run off to the bank to transfer the money to Yisroel’s account. “Why don’t we just make you a signatore on our Israeli bank account?” suggested his father. “That way the next time we loan you money, you can just go into the bank and make a withdrawal. It will save us all time and inconvenience.” Yisroel refused. “I don’t want to be able to do that. I absolutely do not want access to your bank account!” It took his father a few minutes to clue into Yisroel’s adamant refusal. But when he did, he was so pleased with his son. He realized that Yisroel was being protective of himself and his parents by not putting an easy temptation in his way…just in case.

Sylvia had been diagnosed with a chronic illness several years ago. Lately however, she noticed that her memory was deteriorating. She couldn’t remember if she had paid the condo fees that month, when the mortgage was due or what purchase she had come into the store for. Her compensatory strategy was to get herself a datebook. As soon as she paid her condo fees for that month she turned to the next month’s page and wrote on the top in large letters, “pay condo fees.” As soon as the check was sent she put a line through her note.  Seeing the words crossed out would remind her that she had paid them for that month. If the note was not crossed out, she had to pay them.

Finding this system working well for her, Sylvia began to use it for other things. Soon her datebook, now with attached pen, was full of reminders. She consulted it every day, sometimes more than once and was never late again with her mortgage, bills, and credit card or utility payments. She even wrote into the book on Wednesday what she needed to buy for Shabbos. Thursday’s box reminded her, what to cook for Shabbos or to whom she was invited. “That book and pen are my best friends,” she told me. “With them at my side, I function better. I know this may not work for me forever, but for right now it helps me stay independent and even feel supported.”

Whether it is our yetzer hara or a physical problem that is messing up our lives, very often we can find ways around it, with compensatory strategies, which make our life more efficient and less stressful. But first we must be totally honest with ourselves, accept our limitations and be willing to try what is suggested. 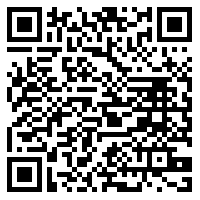