From the very beginning of creation, the Holy One was

occupied with the planting of trees. As it is written:

Every year, on the 15th day of the Hebrew month of Shevat, we celebrate a strange holiday – Tu B’Shevat, the New Year of the Trees.  The name is a short form of 15th Shevat – tet = 9 and vav = 6.  This year, Tu b’Shevat falls on 3rd February, one month before Purim.  It also has other names – Chag Hailanot – the Festival of the Trees; and Chag Haperot – the Festival of the Fruit.
The month of Shevat marks the beginning of spring in Israel. In winter, there is usually heavy rain and some storms.  Vegetation is dormant. Except for the olive, the cypress, the carob and the pine, the trees are leafless, the fields newly ploughed and sown.  But with Shevat, nature rouses itself. Meadows are carpeted with blood-red anemones, cyclamens peep from rock crevices.  Trees begin to blossom. The almond (shaked) is the first, bedecking itself with rose-white flowers.
The Talmud and Midrash are emphatic about the value of trees.  “Man’s life depends on the tree”; “All the trees were created for the use and enjoyment of living beings”;  “It is forbidden to live in a city which has no gardens and greens.”  The Torah is compared to a tree: “For it is a tree of life….” Trees were given human characteristics:  the cedar symbolizing courage and strength; the olive – wisdom; the grapevine – joy and childbearing; the palm – beauty and stateliness.
Thus it is easy to understand the holiday of Tu b’Shevat, the day when trees are judged…. which trees will flourish and grow tall; which will wither and shrink; which to be struck by lightning and which to withstand all danger.  In the ancient Jewish calendar, the date was adopted for tree tithing.  Farmers were obliged to give a tenth of their produce to the government as fruit for the Temple.  Even today, we measure the age of the tree according to Tu b’Shevat and it is forbidden to eat its fruit until the tree’s fourth birthday.
The customs of Tu b’Shevat are few but delightful.  Holding a seder is not commanded in the Torah.  The idea began in Safed in the 1500’s as a celebration of the creation, and it is modeled after the Passover Seder. Fifteen kinds of fruit and nuts are eaten, and four cups of wine are drunk. Traditionally, the first cup is white wine, then white mixed with a bit of red, the third cup is red mixed with a bit of white and the fourth cup is pure red wine, symbolizing the four seasons.  The table is set with fruit, wine and a loaf of bread, and the blessing over fruit is recited at least four times. We read a selection of prayers, poems and blessings referring to trees and fruit and the earth’s fertility.

Tree planting ceremonies, especially by children, are traditional on Tu b’Shevat in Israel, where the soil is holy.  At the dawn of creation, G-d placed Adam in the Garden of Eden to till it and tend it.  We are therefore commanded to take care of the world and be its stewards.  Tu b’Shevat also reminds us of our responsibility to the environment – that we should cry out against the enormity of the destruction of rain forests and the degradation of G-d’s world. 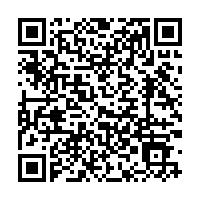