I’m very passionate about Israel and it’s always been my desire to share that passion with my children. It was a sad day in our home when we missed out on the great deal to Israel earlier this year, but thankfully, my husband managed to snag an almost as good one a couple of months later. We excitedly scheduled our trip within the time frame of the travel limits of the ticket and counted down the days until we were to depart on our first trip in over three years.

With much anticipation, we embarked on the plane, but I have to say, it was somewhat of a disappointment. I don’t want to say that it wasn’t a good trip, that we didn’t have fun or enjoy Israel as a family, because we did. There were definitely many highlights and I’m sure we will cherish those memories. Yet, the trip was very challenging. Taking three children ages five, two and half, and twelve months on a ten-twelve hour flight to a country that has a time difference of seven hours and unpredictable winter weather was harder than I though it would be.


Here’s what I learned; hopefully you can learn from my mistakes.

Firstly, I strongly discourage taking children under the age of six. They just won’t enjoy it enough to make it worth the expense. In addition, many fun tourist-y stuff are inappropriate for children under the age of eight or ten. I can’t count how many times my two year old, the one I paid full ticket price for, asked to go home, as in to our home in Brooklyn. And although it’s tempting to take a baby, because he is pretty much free – not just on the flight – but on all of the attractions, he’s liable to un-intentionally ruin the whole trip. For example, ours never went to sleep at night. He slept the whole day in the stroller, and then stayed up the whole night. That meant that one of us, usually my husband, had to stay up with him. That meant he had a hard time waking in the morning, which caused us to start our day very late and so on and so on.

Then, there is the question of when to schedule the trip. Winter is generally much cheaper, and we wouldn’t have been able to afford more expensive tickets. In addition, I didn’t want to take my kids out of school for any more time then we had too. So, we scheduled our trip for possibly the worst time ever-the last week of January. We endured the most blessed weather Israel has experienced in years. It rained 5 and half of the eight and half days we were there. It was just our luck to witness how cold Jerusalem can really get. Since our last trip to Israel was in June, and I haven’t been in Israel during the winter in eight years, I simply forgot what winter was like there and I neglected to pack winter coats for any of us. As you can imagine, our lack of coats and our lack of sleep caused my husband and I to get pretty sick. Remember, most of Israel has a winter. Pack accordingly.

One of the best things we did on this trip was to fly at night, non-stop. This enabled my children to sleep most of the flight. It’s ironic, isn’t it, that the thing I was most worried about went the easiest? My children barely needed the two full duffle bags packed with toys and snacks, the diaper bag stuffed with medicine, diapers, wipes, two changes of clothing for everyone…they didn’t even open the laptop one time. Instead, after lugging all those multiple bags through not one, but TWO, security checks, they were happy to sit in their seats and watch their little screens until they fell asleep for basically the rest of the flight. A few things I would mention regarding the flights:

A recent article I read recommended day flights to help minimize jet lag for little kids, but I don’t know if I would agree. Flights are difficult enough, with the claustrophobia and limited ability to walk around. The more time the kids sleep, the better it is. Select seats in advance, and remember that kids can’t sit in the exit rows. 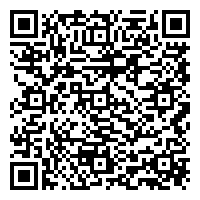