We will start our tour at Agripas No. 12, exactly where the first round stone pot-plant of pansies stands, on the same side of Binyan Klal, but walking towards King George Street and opposite the traffic circle. Entering HaRav Chaim Elboher Alley, we find ourselves in Even Yisrael.

Founded by Rav Yosef Rivlin in 1875, Even Yisrael was the first of the neighborhoods built in the area surrounding Agripas Street. The neighborhood is made up of 53 plots of land, the numerical value of even, stone. Today, a small amphitheatre stands where there was once a communal courtyard, but the buildings themselves, are mostly as they were at its inception. There are large notices around the area relating its history.

Leaving Even Yisrael the same way we entered, we return to Rechov Agripas. We will walk down to the shuk area and past it (still on Agripas) to view the interesting wall murals on this street.

The land where Rechov Agripas is today was legally purchased with cash, from its Arab owner. When Rav Yosef Rivlin, the head of the building committee, and his crew came to begin building the road, the former landlord was ploughing the fields claiming he had never sold his land. Rav Rivlin went to complain to the Turkish authorities. Concrete help was not forthcoming. But one of the clerks told him: “What moves at night stays in place during the day.”

Rav Yosef got the hint. One fine night he and many of the men, women, and children of the Old Yishuv came to the area with building materials and equipment. That night they laid the whole road. For many years Rechov Agripas was called BL”H (Rechov Bilah), the acronym of Bein Lylah Hayah (it happened in one night).

About 15 years ago, waves of intifada attacks on downtown Jerusalem and Machaneh Yehudah kept shoppers away. The Jerusalem Municipality hoped to attract visitors by giving the area of facelift. They choose to decorate using murals.

Murals date back to ancient times, and their history is rich and complex. It is said that the earliest recorded murals were discovered in a complex of caves in Lascaux, France and in Alamira, Spain. The murals depict primitive images of large animals. Some Egyptian pyramids also contain murals. Murals still exist from Greek and Roman times, and there is a famous one in the remains of Pompeii. During the Middle-Ages, churches where heavily adorned with wall murals.

In more modern times, the famous Mexican mural movement in the 1930s brought a new prominence to them as a social and political tool. Before the 1960s, murals were largely found indoors, but around this time, outdoor murals also began to crop up in large cities. In the early 1970s in Lyon, France, wall murals helped change a slum district into a thriving area.

Residents in the Agripas area were asked about their preferences concerning the subject matter. The overwhelming request was for a representation of their own market.

The murals employ the “trompe l’oeil” art technique which involves extremely realistic imagery that creates an optical illusion where two dimensional paintings appear to be three dimensional. Even more so, it creates the impression that the tin walls used were actually made of Jerusalem stone.

At 70 Agripas Street, a five-story-high mural depicts three floors of windows. On the top floor a lady is airing her carpet on the head of her downstairs neighbor, who is watering his plants without noticing that his neighbor below is getting wet. Maybe a moral lesson is being implied here: Try to be careful in your neighborly relationships.

Let us now backtrack on Agripas until we reach the pavement opposite the Binyan Klal. At the Macrobiotic Center, 63 Agripas, and at 87 Agripas there are stone archway entrances above with stone placards marked with dedications to Sir Moshe Montefiore for financing the building of Mazkeret Moshe (founded in 1882) and Ohel Moshe (1885). Both neighborhoods are fascinating to explore. The houses tell their own history. On their outside walls are placards with images of former residents and details of who they were. 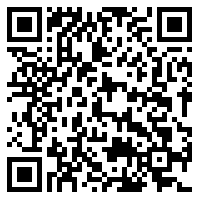