As I mentioned in my earlier articles about our family trip to Israel, our night flight went pretty smooth, thanks to my children’s willingness to sleep throughout the flight. I, on the other hand, didn’t sleep a wink and I wasn’t feeling too great by the time we landed. But we were finally in Israel, and just being in the beautifully renovated Ben Gurion airport and hearing all the Hebrew around us was exciting enough.

We met up with a lovely family to hand off a suitcase we had shlepped for them, (that I personally went through to ensure there wasn’t any weapons), and they gave us a warm Pizza Hut pie in return. But as we soon learned, kashrut in Israel is much more complicated than it is in America. Before leaving on your trip, consult with your rabbi as to which hechsharim you can feel comfortable eating.


After our pizza, we went to find a taxi. My brother, who has lived in Israel for the past twenty years, gave us a number to call, promising the ride would cost less then 180 shekel. The driver quoted us a price of 220 shekel. We assumed this was because of the insane amount of luggage we were carrying, but soon realized this discrepancy in price would be a reccurring theme. Prices would fluctuate by 20-40 shekel, and as we were not familiar with the routes, we were an easy target. We did try using the meter, but we found that that made the fare even more expensive. If possible, ask a local how much a taxi ride to a specific destination should cost, and then negotiate with the taxi driver. If he’s not agreeable, find another driver. Often enough, when a driver sees you walking away, he can find a way to bring the fare down.

Before we departed, we discussed renting a car, as rentals in Israel are pretty cheap. We actually found a deal for a $100 a week. Gas, on the other hand, is very expensive. At the time it was almost $8 a gallon. Because we were mostly based in central Jerusalem, we figured everywhere we wanted to go would be easily accessible by buses or the light rail. In the end, we spent a lot of time transferring from buses to trains and taking scenic tours of Jerusalem. Although there was a tremendous amount of time wasted, and not a small amount of aggravation shlepping the carriages up and down the steps and around other passengers, my children loved useing public transportation, something we don’t usually do at home. Plus, with the long circuitous routes, we got to see many neighborhoods we wouldn’t have seen otherwise, and had many friendly conversations with our fellow commuters.

There were times when we wanted to save time and take a taxi, and some taxi drivers would refuse to take us, as by law they can only take four passengers at a time. Public transportation in Israel is quite cheap. In Jerusalem, you can buy a Rav Kav, which allows you to transfer from bus to train to bus in either direction within 90 minutes for free. Children under five ride free. However, despite all the money saved, I think that next time, we will splurge and rent a car.

In terms of strollers, I recommend bringing as many as possible, especially if you don’t plan on renting a car. Remember, you can bring as many strollers as children on the flight. Our oldest is five, and technically, she should be able to walk everywhere. But Jerusalem is hilly, and she was dealing with jet lag, and it was in everyone’s best interest to try to minimize any explosive situations. The one disadvantage with strollers is that children tend to fall asleep in them, especially jet-lagged ones. An afternoon nap means they won’t go to sleep until quite late, leaving Mommy and Daddy very exhausted. Our children tended not go to sleep before midnight and couldn’t be woken from their slumber before 12.

We had planned a large itinerary, but a lot of things didn’t pan out because of the weather and our inability to get out of the house on time. Thankfully, my sister-in-law was full of helpful ideas and we were able to make substitutions. Although this may seem like common sense, make sure the activities are child friendly. During a day of freezing rain and 35 degree weather, we choose to go to the Israel Museum, not realizing that a lot of the museum is outside. Then, when my toddler had a tantrum and started running through an open exhibit that had these huge thousand-year-old pottery bowls exposed, just waiting for someone to kick them over in a fit of rage, why, I think my heart just stopped. I picked him up and high-tailed it out of there, and that was the end of our visit. 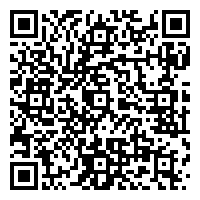