You have probably been planning your marriage since you were about three. Let’s fast-forward to a big milestone– your twenty-fifth wedding anniversary. (Don’t worry, you don’t look a day over twenty one!) Now, would you appreciate your husband buying you a dozen roses that some florist recommended? Although that might be nice, now imagine your husband buying you a cake that’s the same flavor as the one you so shyly ordered on your first date, together with a bouquet of flowers that match the ones you held when you walked down the aisle. Now isn’t that so much more romantic?

The human relationship with Hashem, our G-d, is often compared to that of a servant, a child and a spouse. So which one is it? Each of these are so different. How should we relate to Hashem? Are we His servant? His child? His partner? Rabbi Eric Lander, from London Ontario, once explained to me that in reality we are all three – at different stages of our lives.


Our first stage of life is infancy. At this point, we are completely dependent on our parents. We do not have the ability to take care of ourselves and need our parents for all basic life functions – food, clothing, shelter. In this way we represent the relationship of a servant and a master. The servant relies on his master for his income and would be nowhere without his master. Our relationship with Hashem is based on the fact that Hashem brought us into this world and we can’t survive without Him renewing our lives daily. We are 100 percent dependent.

As we get a little older (and hopefully a little less selfish), we realize that not only are we completely dependent on our parents, but we can appreciate everything that they do for us. This adds the factor of love to the previous relationship, evolving from the simple fearful and dependent relationship into a loving parent-child relationship.

But then it goes even further! The next stage in life is marriage. When two people get married, they are constantly giving to each other and (hopefully) not expecting to get anything in return. It’s all about giving to your spouse and showing them you care and “remember.”

This brings us back to your twenty-fifth anniversary, but lets put it in terms of us and Hashem. Parshas Yisro is the parsha in which we receive the Torah. This is the climax of our relationship with Hashem – Matan Torah is compared to the marriage between us and Hashem. When we get to the very next parsha, Parshas Mishpatim there seems to be quite a letdown. After an awe-inspiring account of receiving the Torah (quite a fascinating wedding!), the next parsha seems like just a long list of rules. So now you’re probably asking, why so many? There are an overwhelming 613 in total, so we begin to wonder – isn’t it the thought that counts?

But hey, you’re married to Hashem! Don’t you want to show Him you still “remember” how He performed a miracle by taking you out of Egypt? That is an anniversary you are going to celebrate. You’ll throw an annual party reenacting the whole thing, showing Him you remember. You’ll stay up way into the night, exchanging stories and memories, bonding together like the happy family you truly are. You prepare for weeks in advance, showing your anticipation. Like Pesach, a holiday which seems so stringent in mitzvos, but in reality is a beautiful celebration of our love for Hashem. And Matan Torah? We count up to that day for seven weeks in advance. We have three special days prior to the “anniversary” designated for preparation. You’re showing Him you remember the nitty gritty details of everything He did for you.

Being that Hashem is the ultimate power, He understands what it takes for us to grow to a higher level of appreciation for Him. Hashem set the mitzvos up in a way that will bring you to the highest level of Ahavas Hashem.

Take the following scenario (as read in On the Derech by Rabbi YY Rubinstein). A girl e-mails a rabbi, asking why Hashem cares about the small details. The rabbi explains as follows: imagine while typing in the e-mail address, a person forgets the period in gmail.com. The e-mail wouldn’t go through! Wait, why can’t the Internet just figure that she forgot the period? How can it be that a little dot which makes all the difference? See, you and I aren’t computer programmers, but someone who’s an expert in HTML programming can begin to understand the significance of a simple dot. G-d is the ultimate “couples therapist.” He knows the best way for us to become close to Him. Every little period counts. 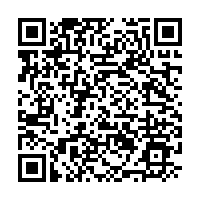