Unless otherwise noted, all quotes are from “Orthodox Judaism In America: A Biographical Dictionary and Sourcebook” by Moshe D. Sherman, Greenwood Press, 1996, pages 131 – 133.

Rabbi Yehuda Heschel HaLevi Levenberg (29 Kislev, 5645/Dec. 17, 1884 – 13 Shevat, 5698/Jan. 15, 1939) was a Torah pioneer who worked to recreate the European Jewish community on the shores of America. In addition to his academic and communal contributions, Rabbi Levenberg also strengthened shechitah practices in America.

Rabbi Levenberg was born in Filten, Courland, and “attended the nearby yeshiva at Malch, studying under the direction of Rabbi Z. S. Spira. One year after his bar mitzvah, he was sent to the Slobodka yeshiva, where he was influenced by the mussar approach of Rabbi Nosson Zvi Finkel. He received rabbinical ordination, following his marriage in 1904, from Rabbis Zev Wolf Avrech and Aharon Walkin and continued his Talmudic studies at a kollel.

“In 1910 Rabbi Moshe Mordechai Epstein, head of the Slobodka yeshiva, dispatched Levenberg to the United States to raise funds for the yeshiva. Choosing to remain in America, Rabbi Levenberg became a pulpit rabbi in Jersey City, New Jersey. After devoting seven years of communal service to the Jews of Jersey City, he accepted a position at Congregation Beth Hamidrash Hagadol Bnai Israel, the largest orthodox synagogue in New Haven at that time. For the next 17 years, Rabbi Levenberg served the Jews of New Haven, raising funds for charitable institutions and working for numerous communal concerns.

“Advocating the formation of a Jewish communal council, Rabbi Levenberg was at the forefront of organizing New Haven’s first Vaad Ha-Ir. An exceedingly effective preacher, Rabbi Levenberg was frequently invited by communities throughout Connecticut and abroad to address their organizations or congregations. In 1920, three years after arriving in New Haven, a consortium of Orthodox synagogues appointed him as chief community rabbi (rav ha-kollel).”

In his capacity as chief rabbi he was no longer associated with any particular shul and would speak each week on a rotating basis at a different shul in the community. Each shul would be packed an hour before his drasha began.

In 1923 Rabbi Levenberg founded Beis Medrash LeRabbonim, also known as the New Haven College of Talmud and later called the Orthodox Rabbinical Seminary. It was the first yeshiva in America completely patterned after the European yeshivas. Rabbi Levenberg’s “goal was to build a yeshiva whose principles would follow the Volozhiner derech, (approach) of Torah lishmah, Torah study for its own sake, and the mussar, ethical behavioral approach to Torah and mitzvos, of his alma mater, the Slabodka Yeshiva. He appointed as Rosh HaYeshiva Rabbi Moshe Don Scheinkopf, a brilliant scholar who later become rav in Waterbury, Connecticut. In keeping with the yeshiva’s identification as a mussar yeshiva, he brought a mashgiach, ethical mentor from Slutzk, Poland, Rabbi Sheftel Kramer, to supervise the daily spiritual and ethical development of the student body.

“The yeshiva was also concerned with the overall development of its students, providing them with the opportunity to learn the English language and training them to become spiritual leaders with the ability to inspire and lead the next generation.”[i]

“After many years of distinguished service, Rabi Levenberg departed New Haven in 1929 for a rabbinic position in Cleveland. One of his first tasks was to reestablish the New Haven yeshiva in Cleveland, which he hoped to accomplish with the assistance of Rabbi Sheftel Kramer, who agreed to join him in the Midwest. The yeshiva was almost immediately enhanced with the arrival of Rabi Kramer’s son-in-law, Rabbi Yaakov Yitzchak Ruderman, who joined the faculty in 1930.

“Shortly thereafter, however, controversy erupted among the faculty regarding a division of administrative powers. Following two years of continuous bickering, Rabbi Eliezer Silver was called in to negotiate a settlement. Rabbi Silver recommended that Rabbi Kramer be given control of day-to-day administrative functions, that Rabbi Ruderman should teach the highest Talmud class and test the students, and that Rabbi Levenberg should become the mashgiach ruchani for the school. Despite Rabbi Ruderman’s departure from the yeshiva in 1933, the school successfully graduated dozens of students before closing in 1938 following the death of Rabbi Levenberg.

“The dispute involving the yeshiva was only part of a decade of communal struggle and personal turmoil Rabbi Levenberg came to experience in Cleveland. As rabbi of a collection of Cleveland congregations, he was eager to improve the standards of kashruth supervision for ritual slaughterers and butchers. But this matter involved him in another unpleasant controversy. The Cleveland rabbinate at the time was split into two factions: the Misrad ha-Rabbonim-Rabbinical Council of Cleveland and Rabbi Levenberg, who represented a consortium of Orthodox synagogues.

“The Misrad ha-Rabbonim charged that Rabbi Levenberg was violating their authority and claimed that he sought only to profit financially from the supervision service. The quarrel became sufficiently divisive that the Agudath ha-Rabbonim was asked to intervene and settle the matter. A delegation of three notable rabbis, Yehuda Leib Graubart of Toronto, Israel Rosenberg of New York, and Zvi Hirsch Cohen of Montreal, was sent to mediate the dispute. The Agudath ha-Rabbonim representatives recommended that all local Orthodox synagogues join into one cohesive federation and that all rabbis should unite in an effort to improve the standards of kashruth.

“Rabbi Levenberg’s fortune turned worse when evidence of racketeering among kosher meat dealers was exposed. Though not responsible for the illegal behavior of the meat dealers, Rabbi Levenberg became embroiled in an ugly battle of greed, slander, and extortion. Following the bombing of the Danches Poultry Market in Cleveland, Rabbi Levenberg was mistakenly arrested by the authorities and held for a day before being released.”

An article in the Thursday, January 26, 1933 issue of the Jewish Daily Bulletin read in part:

The bombing of the Danches Poultry Market in a racketeering war against kosher butcher shops last week led to the arrest of Rabbi Yehuda H. Levenberg, Dean of the Cleveland Yeshiva. Rabbi Levenberg was arrested at three A.M. and held in custody all day before he was released. The arrest of the rabbi led to a mass meeting of protest attended by 2500 people and resulted in an apology from the Director of Public Safety, Frank J. Merrick.

Director Frank Merrick declared, “There has been evidence of racketeering among kosher meat dealers. The police are doing everything in their power to break it up. After the bombing of the Danches place we had to work fast on any tips we could get. The police did not mean to insult the rabbi and we are sorry to have caused any unpleasantness. If we seemed to have acted hastily, it was because of the emergency.”

The charges against Rabbi Levenberg were dismissed by the police. The Federation of Orthodox Congregations maintains that the incident arose during Rabbi Levenberg’s exercise of his duties in the interests of Kashruth and had no connection with the racketeering that has been prevailing. In some shops, it was said, proprietors were charging the “Schochtim Fee” after killing the chickens themselves and in some instances hiring colored help for the killing.

In an agreement with the Association of Schochtim, a committee of rabbis succeeded in righting the condition except in the case of Danches poultry market. Police questioned the rabbi after Danches, the proprietor of the shop, reported that the rabbi had called on him the week before demanding that the fowl be killed by a registered Schochet.

Rabbi Levenberg reportedly became ill and severely depressed from the experience. He died in Brooklyn on January 15, 1938. He was buried in New Haven, survived by his wife, four daughters, and three sons. 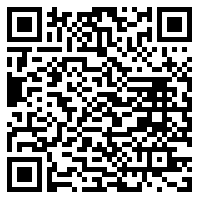